It was gathered that the deceased was accused of being behind his son’s mysterious illness which has defied all traditional and spiritual solutions. 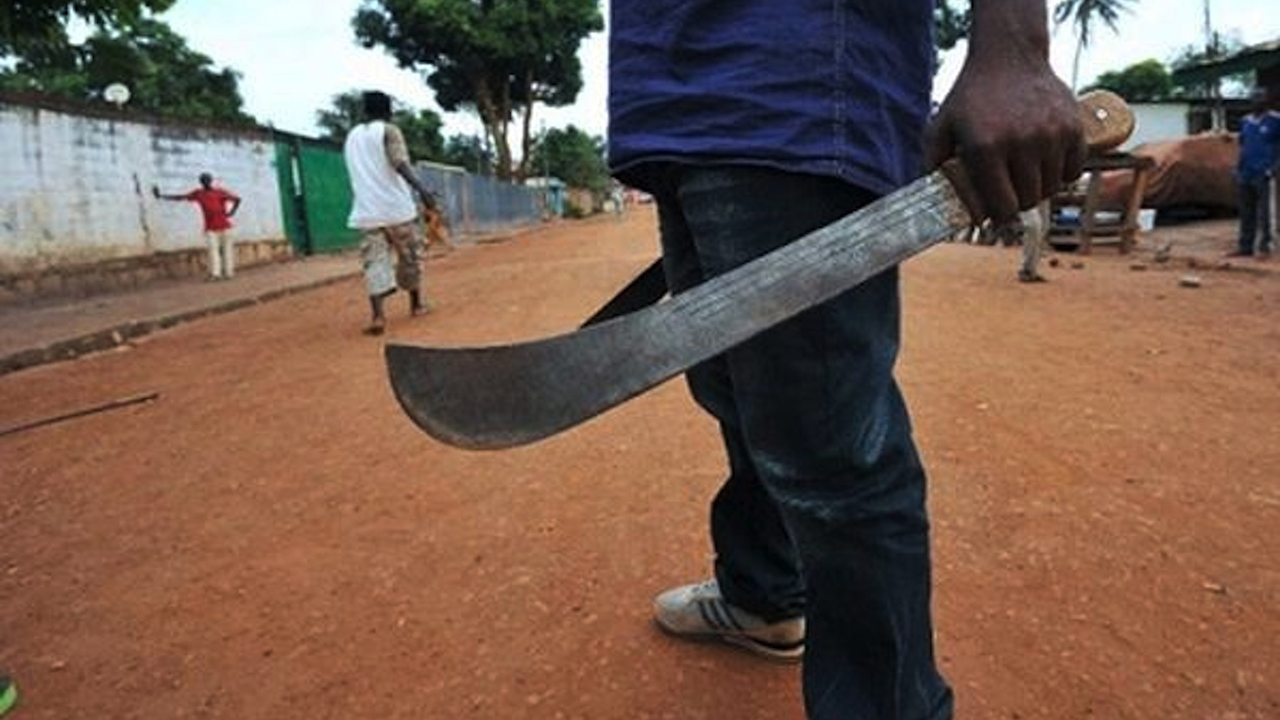 The man was beheaded by a suspected cultist identified as Friday Ekpu also known as ‘United.’

It was gathered that the deceased was accused of being behind his son’s mysterious illness which has defied all traditional and spiritual solutions.

One of the son’s allies, Friday Ekpu it was further gathered allegedly dragged his victim, that his friend’s father, Mr Mfuk in his compound , tied him to a tree and cut off his head with machete while family members fled for safety.

According to him, “The gang led by Aniebiet Friday Ekpu a.k.a ” United ” moved to the deceased compound and dragged him out , tied him to a tree and beheaded him.

“After killing the man , he went to nearby compound and ransacked houses seizing their phones and robbed the village council chairman Mr. Uduak Okon Noah of his new lady motorcycle that he bought recently.”

It was learnt that the son of the deceased has been bed ridden for over six months defying all traditional treatments and prayers from churches before a group of youths accused him for being responsible for the son’s sickness through witchcraft powers.

Another eyewitness, Nsidibe Effiong, said the deceased having been threatened by youths over the son’s sickness reported himself to the village council pleading them to investigate him to confirm whether he was responsible for the son’s sickness.

“The Elders and the youths of this village have investigated the man using traditional means and he was still being investigated before the “boys” killed him yesterday. Even the sick young man is not dead but father is killed.

“We believe that the suspect is a member of Iceland confraternity who had terrorized this Community last year . Now that he has escaped , we are afraid what will happened here by this end of year.”

When our Correspondent visited the area , the deceased compound was deserted after family members have deposited the corpse in the mortuary.

It is recalled that Inen community in OrukAnam Local Government Area of the state was deserted last year for over 9 months following cult related killings that residents fled to nearby villages before the council Chairman Hon Kingsley Iquot and other Community Leaders brokered peace for the people to return to their homes in November 2020.

When contacted, the Police Public Relations Officer SP Odiko Mcdon said he was not privy to the information as the Divisional Police Officer in OrukAnam has not brought the report to the state command at the moment.

“I am not aware of such report. But let me cross-check my records and get back to you. Immediately we received such report the police would commence investigation,” he said.