How I Paid Dealer N2,650 For Car Worth N2.65m – Suspected Osun Fraudster Confesses


The businessman reveals just how he tricked a car dealer in Osogbo into selling a car for less than the normal price. 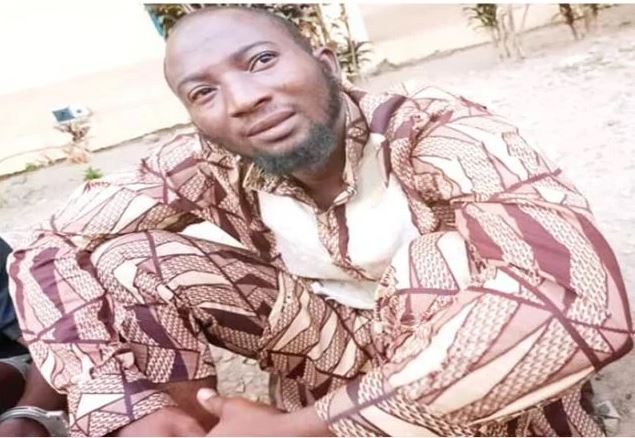 An Iwo-based businessman, Tunde Abdul-Lasis, was recently paraded by the police in Osun State.

My name is Tunde Abdul-Lasis. I am a 27-year-old businessman. I am married with kids. I already have a motorcycle and a car before the incident that got me arrested by the police.

What led to your arrest?

On Friday (November 26), I came to Osogbo from Iwo, where I live with my family, to check on my mother. But before going to her, I went to a car mart, and I met the vehicles dealer.

I identified my choice car, a Toyota Camry (muzzle), and after bargaining for few minutes, we agreed that I would buy the vehicle for the sum of N2.650m.

After we had agreed on the price, I checked the car very well and then requested the seller’s account number. I then made a transfer of N2,650 to him. He got bank alert immediately but he didn’t check it well to really confirm the amount that I paid. He handed over the car documents and keys to me. And I left with the car.

I did it intentionally, it wasn’t a mistake. I needed a car and I didn’t have the money to buy the car of my choice. Before I left home that day, I had resolved to try out the trick and it worked perfectly.

It’s surprising the dealer fell for your trick. Did you charm him?

I didn’t charm him. I was able to do it successfully and he didn’t suspect any foul play because he saw N2,650, which appeared like N2.650m that he demanded for the vehicle.

How many times had you engaged in such an act before this last one?

It was my first time of doing it. I had never tried such before. And I didn’t use juju but the man fell for it. I was very happy and was in a hurry to run out of the car mart before being caught. I was nervous but I kept it under checks. I successfully left with the car.

Did you take the car after leaving the car mart?

After I had successfully taken the car out of Osogbo, I drove it to a painter in Iwo to help me repaint it.

It was the devil’s work. The devil led me into doing it. I was scared but something kept pushing me to continue.

I don’t really understand myself. I woke up that fateful Friday morning and I travelled down to Osogbo with my motorcycle. But I had the thought that I was buying a new car that day.

The third day after the incident, which was November 30, 2021, policemen came to my house and asked me where the car was and I took them to the painter’s shop.

For three days that the car was in your custody, was your mind at peace at all?

No, my mind wasn’t at peace at all, which was the more reason why I didn’t use it at all. I couldn’t even drive it around or tell anyone about it. I could not celebrate it or inform anyone. I was afraid I could be caught, but I had already committed the crime and couldn’t undo the deed.