Meet The World’s Shortest Woman Who Is Just 71cm Tall


She was recently given the Guinness World Record title of the shortest non-mobile woman in the world. 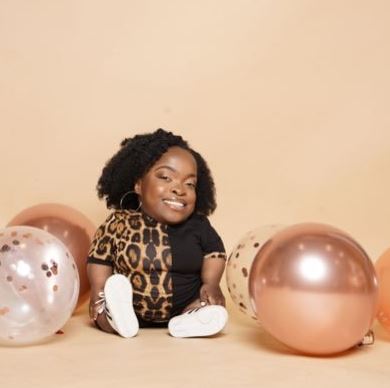 
Wildine Aumoithe who is just 2ft 4inches tall has been crowned the shortest woman in the world.

Wildine who is from Miami, Florida, was recently given the Guinness World Record title of the shortest non-mobile woman in the world. 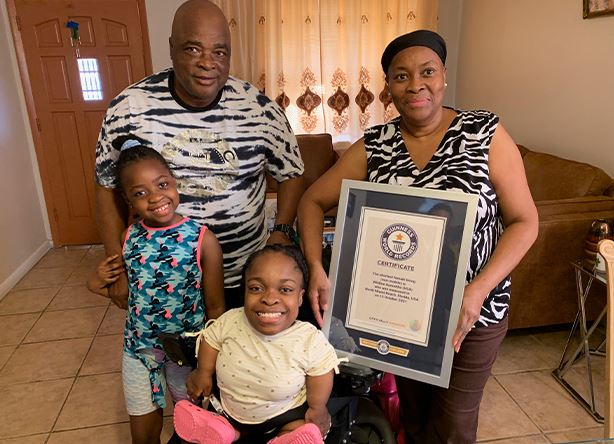 The 18-year-old has the rarest form of dwarfism, known as, SADDAN dysplasia, and her parents were told that she wouldn’t survive 24 hours after she was born.

However, Wildine defied the odds and celebrated her 18th birthday earlier this year and was recently given the title of the world’s shortest woman.

She said: “It feels amazing to have a Guinness World Record title, I am really proud of it.

“I am also the first Haitian-American to hold the shortest woman record which makes it even cooler.

“Despite my condition, I have as much of a normal life as I could.

“I have never let it hold me back and miss out from doing things in life.

“My friends have always treated me as though I am the same as them and I have never faced any bullying due to being a little person which I am so grateful for.

“When my mum, Wilda, was six months pregnant with me the doctors told my parents that I was going to be born with dwarfism.

“My mum told me that she cried when she heard the diagnosis because she was scared as she didn’t know what dwarfism was and I was her first child.

“After I was born, at first the doctors thought I had achondroplasia, but after further tests, I was diagnosed with SADDAN dysplasia because of how short I was.

Eventually, Wildine was able to go home with her parents and her mum has been her primary carer ever since.

Wildine was able to walk when she was younger, however, she now uses a wheelchair as she has bowed legs and therefore is unable to walk.

She said: “I can sit on the floor and move around but I can’t walk anymore as since I am getting older, so are my bones.

“My mum has to help me with all my daily needs. She doesn’t work so that she can be with me all the time to help.

“It can be hard sometimes because make a lot of modifications if I want to go and even in my house.

“Everywhere I go I have to figure out how it’s going to work for me.

“In our house, my bed is modified for me, and so are my drawers and a desk for me to work at.

“I have four wheelchairs that help me get around, but I need help from my mum with my daily needs and to reach things.

Wildine has attended school her entire life and is extremely outgoing.

She says that she is a social butterfly and makes friends very easily.

Wildine added: “I am a very confident person and I have a big personality.''