Recall that Cute Abiola was said to have been missing on Monday, November 15, 2021 before Navy revealed they were holding him. 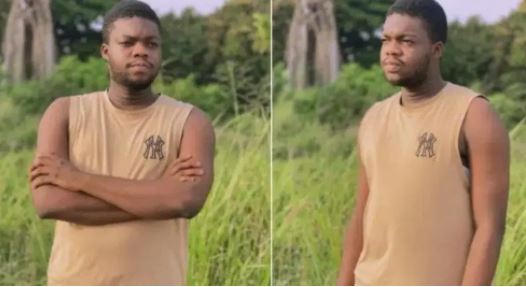 Cute Abiola
Nigerian comedian Abdulgafar Ahmad aka Cute Abiola is back on social media.
This comes following his release by the Nigerian Navy.
Recall that Cute Abiola who is a navy officer was said to have been missing on Monday, November 15, 2021, when his colleague Mr Macaroni raised the alarm that he was nowhere to be found after reporting at his office in Navy Town, Lagos.
Two days after the alarm was raised, Naval spokesperson Commodore Suleman Dahun announced that the comic actor wasn’t missing but was detained for flouting the military laws by posting a video of himself in military uniform on social media. This act is said to violate the armed forces’ social media policy.
On Friday, 3rd December, Cute Abiola was released after being punished, tried for misconduct and indiscipline.
Taking to his Instagram page to confirm his release from the Navy Custody, Cute Abiola shared photos of himself and wrote:
“You may have to fight a battle more than once to win it ZEH! KALA! LEJU PA! MA RERIN! (THANK YOU ALL) WB for you.”
See below: