The man who was accused of theft was lashed several times while onlookers cheered. 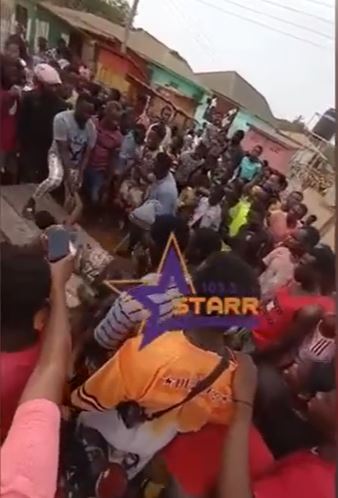 A video has been shared online showing the moment a driver who allegedly stole the phone of his employer was brutalised.

The driver was reportedly flogged for stealing his boss' phone. He was lashed several times while onlookers cheered.

Reacting to the video shared by Starr FM, Ghanaians have appealed to the Police to arrest those responsible for manhandling the young man.