Just yesterday 14th December, we saw a corper who proposed to a female soldier; a gesture that melted the hearts of many. 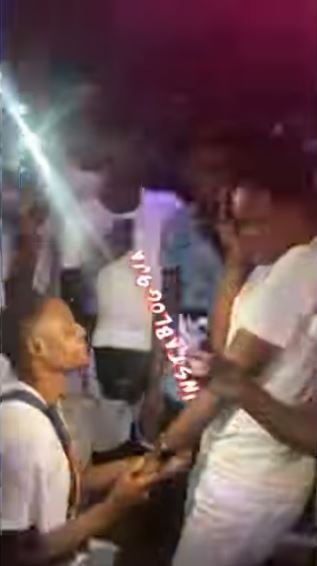 An excited member of the National Youth Service Corps has proposed to his girlfriend who is also a corps member.
The scene played out at the Ogun State orientation camp.
In the video, the lad pulled out the ring and proceeded to get down on his knees before driving it into his girl’s third finger.
Amid the romantic scene were screams of excitement from other corps members. The duo also shared a passionate kiss afterwards.
Watch the video below: