I Formed APC Alongside Fayemi, Al-Makura, Others – Yari 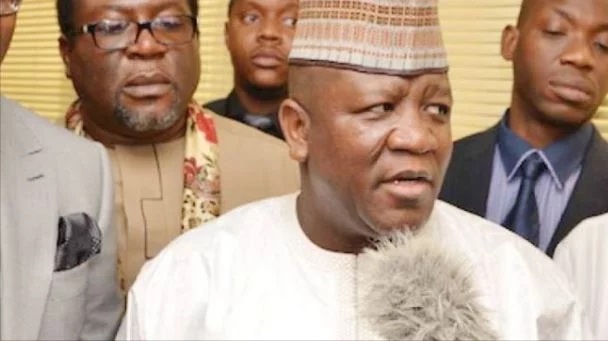 Yari
A former Governor of Zamfara State Abdul-Aziz Yari has revealed how he formed the All Progressives Congress (APC) with the help of other politicians.
The former governor said he formed the APC alongside former Nasarawa governor, Senator Tanko Almakura, and Governor Kayode Fayemi of Ekiti State.
Yari made the claim at the APC Press Corps’ Second Annual Summit held on Thursday in Abuja.
The former Zamfara governor revealed that the Minister of Works and Housing, Babatunde Fashola; Minister of Transportation, Rotimi Amaechi and former APC National Chairman, Adams Oshimhole, were also part of those that formed the APC.
He said: “I’m one of the co-founders of this great party and my colleague, Al-Makura and he mentioned one other, who is not here (Kayode Fayemi). I can tell the gathering that the three of us started this progressive.
“A little history about it is that at any point in time we went for a meeting in Amaechi’s House (former Rivers State governor), after the meeting of the Nigeria Governors’ Forum, they will say PDP governors wait, the president wants to see all of you and we were being a kind of intimidated with what PDP was doing.
“So, we too said we’re going to do something and Al-Makura was part of the initiative, Fayemi as well as the immediate past Chairman, that’s Adams Oshiomhole. We arranged that after a meeting, we should also announce that we have an opposition governors’ meeting in Fashola’s House. That’s how the APC, I can tell you, came to birth.”
Top Stories