Findings revealed that after fixing the vehicle, the auto technician decided to carry out a test drive on the runway. 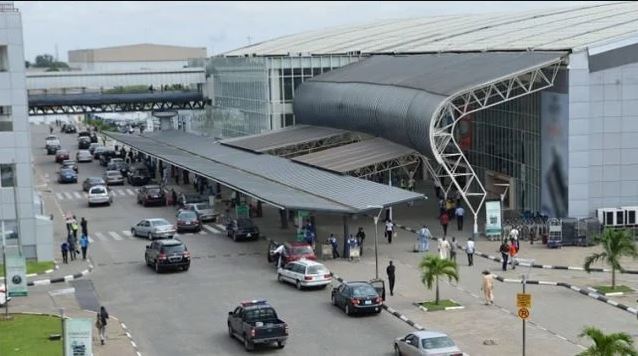 According to a report by The PUNCH, a major air mishap was averted on Wednesday as a Max Air jet, which landed on runway 18L of the Lagos airport, almost rammed into a malfunctioning car that was being tested on the runway.

Investigations by The PUNCH revealed that a Federal Airport Authority of Nigeria’s Civil Department van had developed a fault, and officials were forced to invite an auto technician from outside the airport to fix it.

Unconfirmed sources told the newspaper that the FAAN workers resorted to fetching a technician from the city because the agency’s department meant to cater to such a situation probably lacked the applicable personnel.

Findings revealed that after fixing the vehicle, the auto technician decided to carry out a test drive on the runway.

But the FAAN officials who were meant to stay with him while he was fixing the car were said to be nowhere to be found.

It was learnt that the auto technician had called the FAAN officials who invited him to the airport but there was no response. He consequently decided to test-drive the vehicle and headed straight on runway 18L.

Multiple airport officials later confirmed that while the auto technician was test-driving the car on runway 18L, a Max Air plane arriving from Abuja with passengers on board suddenly landed and faced the moving car.

The pilot of the speeding plane was forced to rapidly halt the speeding aircraft’s roll-on process, as he struggled to avoid a collision with the car.

The pilot immediately put a radio call through to the Nigeria Airspace Management Agency’s air traffic control officials on duty at the control tower who also alerted Aviation Security and airfield officials of FAAN on duty.

The officials immediately rushed to the runway to arrest the auto technician.

A top official of FAAN, who spoke on condition of anonymity for lack of authority to speak on the matter, confirmed the development.

The official identified the auto technician as Opeyemi Soyombo but blamed the agency officials for negligence.

The official said, “Mr Opeyemi Soyombo was apprehended on our airside because of an incursion into the runway. Unfortunately, he shouldn’t have, because all our drivers receive training in airside driving. So, it was negligence on the part of our colleagues to have left someone that has no business on the airside at all.

“The mechanic is not to blame. He doesn’t know the rules. He was just hired to go and repair a vehicle. As far as I’m concerned, the mechanic is not to blame. It is my colleagues that are to blame for leaving someone that has no business being on the airside on the airside. The MD has said they should all be given query for doing that. We are very grateful that we were able to avert what could have been an incident.”

It said, “Following an averted near-incident involving a Max Air aircraft from Abuja, which landed on Runway 18L, and a maintenance vehicle belonging to the Civil Department of the authority, the Federal Airports Authority of Nigeria has suspended the airfield officer on duty at the time of the incident.

“The authority has also commenced full-scale investigation into the incident, with a view to preventing future re-occurrence of such incident.”

FAAN had been involved in some major runway and airside incursion incidents in the past.

There was pandemonium at the airside of the Lagos airport on December 27, 2019 as an unidentified man found his way into the airside mysteriously and mounted a moving Air Peace plane.

The man was later arrested by security operatives who were notified by the pilot of a private jet coming behind the Air Peace plane.

The incident happened barely six months after a man found his way into the Lagos airport and climbed a Port Harcourt-bound Azman Airlines plane.

The man, believed to be mentally ill, was later identified as Usman Adamu from the Republic of Niger.

The Police said the Nigerien could not speak or understand English Language.

The authorities said then that investigation was still ongoing to ascertain how Adamu gained access to the restricted area at the airport.

According to a video clip by one of the Port Harcourt-bound passengers, Adamu was seen entering the fuselage of the aircraft with hand luggage and also climbing one of its wings.

He was later apprehended by Aviation Security Personnel of FAAN and taken to its detention facility before the case was transferred to the Police for further investigation.

Following the development, FAAN placed on indefinite suspension the Aviation Security Unit heads who were on duty when the incident occurred.

Yakubu had in a statement then said the agency viewed the breach as a serious security concern.

She said FAAN had begun an investigation to ascertain the remote and immediate causes of the incident to forestall future occurrences.

FAAN has yet to release reports of the cases.