You Are A Loser, The World Needs To Know You Are Broke – Bobrisky Slams Tonto Dikeh


The male barbie in a lengthy post revealed that the mother of one is not up to the standard she claims to be on social media. 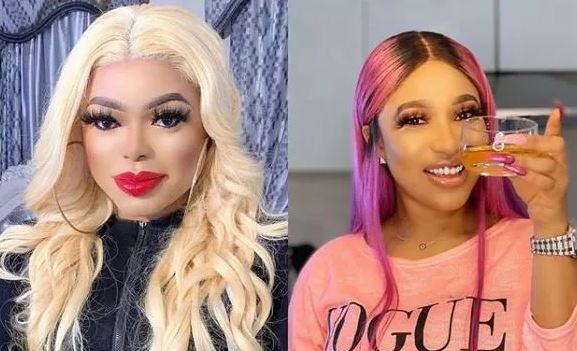 The rift between controversial crossdresser, Bobrisky and Nollywood actress, Tonto Dikeh, has gotten messier as he accused her of being broke and funding her expenses.

The male barbie in a lengthy post, revealed that the mother of one is not up to the standard she claims to be on social media.

Buttressing his point, the lifestyle influencer noted how Tonto Dikeh encouraged him to spark a fight with some celebrities.

“The world need to know you are broke !!!! Stop faking 😂😂😂😂. Remember I didn’t come to you for friendship? You came to my dm first when i was in USA back then in 2018 for my 🇺🇸 meet and greet. You have asked me to fight lot of people on ur behalf which I’m regretting dis I was still a child then. Same you ask me to fight rosemary Churchill wife, Annie idibia, calabar aroma and more… even when you had issue with stela d blogger you couldn’t fight her alone then you pleaded I put my mouth, now I see you shamelessly on her comment section disgracing urself 😂😂😂😂😂. Tomto repeat after me you are a looser !!!!!

All your expense to lagos na me who they always chest am be dis. even when my guy brought 6million cash to our hotel in Lagos you tried everything to ask me who dis guy was I didn’t mentioned name cos I dey fear you cos I don’t want an innocent man name mentioned the way you always call out all ur boyfriends.” 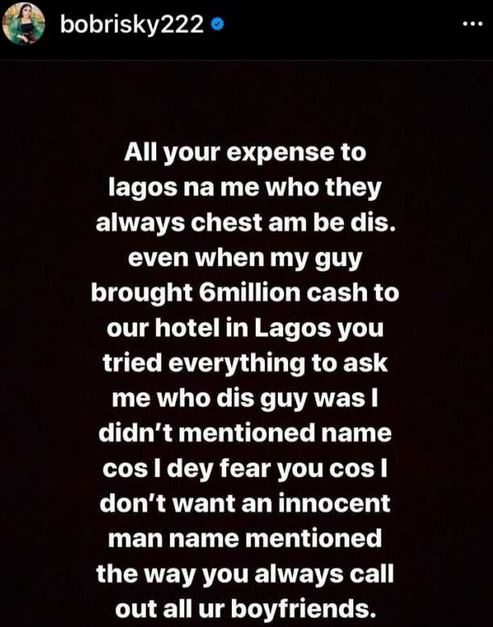