My Baby Mama's Husband, Mr Steve Thompson Has Distanced Himself From Her Display - Ubi Franklin Claims


Ubi claimed that this happened during a phone conversation with the businessman.

Record label exec and blogger, Ubi Franklin has disclosed that Mr Steve Thompson, the husband of his baby mama, Sandra Iheuwa has distanced himself from the social media drama between them two days ago.

Ubi Franklin and Sandra engaged in a social media face-off after the latter warned him to stop posting their daughter's photos on his page as he has allegedly not been involved in her welfare since she was born.

Days after the clash, the music executive has now claimed that Sandra's husband, Mr Thompson has distanced himself from the fight. He claimed that this happened during a phone conversation with the businessman. 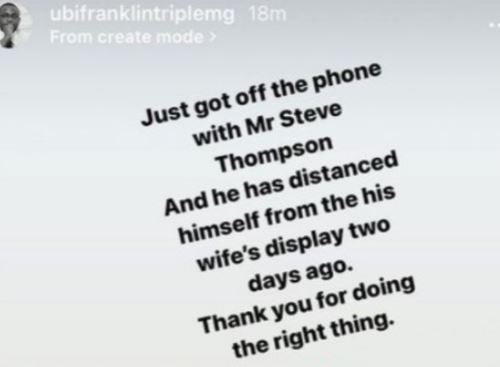 Insinuating that his baby mama lies, Ubi Franklin also said that lie detectors should be introduced on social media. He further stated that it is important to watch people's character traits and life patterns. 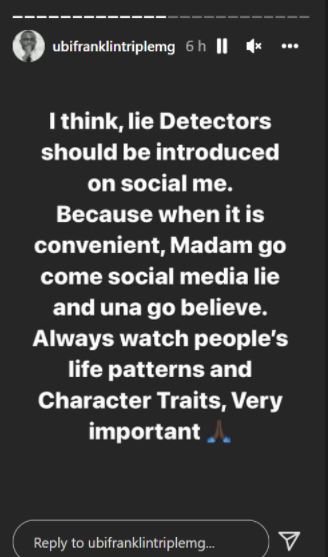