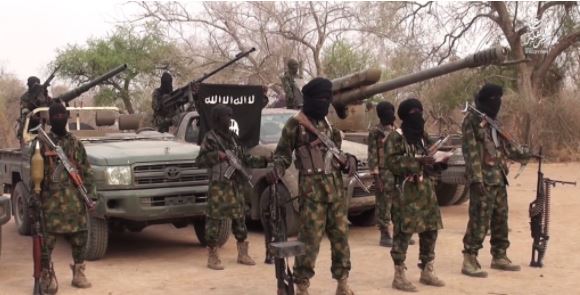 Many people have been feared dead after terrorists belonging to Boko Haram attacked a community in Askira Uba local government area of Borno state on Sunday.
The incident happened on Sunday afternoon, December 19 with houses of people set ablaze.
Daily Trust reported that many are feared dead after many houses were set on fire by the insurgents during the attack at Kilangal village, the hometown of Deputy Speaker of Borno State House of Assembly, Engr Abdullahi Musa Askira.
A source told the publication that an Air Task Force fighter jet came about 2 hours later but the damage had been done.
The source said;
“They operated without any resistance, we ran into bushes and many suspected to have been killed."
Another source told TheCable that at least 12 people were killed during the attack. Military sources told the publication that the attack occurred on Sunday, and it was learnt that many residents ran into nearby bushes for refuge.
Top Stories