Man Flees After Lover Dies Inside Her Room In Rivers State


Body of the female tenant was reportedly discovered by her co-tenants on Sunday December 19. 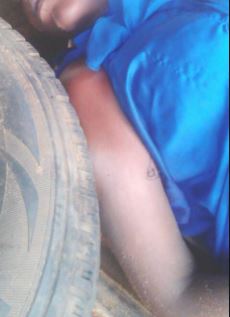 File photo
A man has fled his lover's house after she died.
The incident happened in Rivers State. It was gathered that the suspected lover of the woman identified simply as Uchechi fled with her 2-year-old daughter after she died in her apartment at Woke Street, off Chirubim Road, Mile 3, Diobu, in the Port Harcourt area of Rivers State.
Body of the female tenant was reportedly discovered by her co-tenants on Sunday December 19.
Caretaker of the house, Chinonye Anurum who confirmed that the late tenant and her lover are not married, said the sudden disappearance of Uchechi’s lover with her daughter was suspicious.
Anurum told newsmen;
“She was sick for almost four days and the man did not tell anybody. Maybe he suspected that the lady would give up the ghost, so he took the child away.
“It was the following day we got information that after he left with the little girl, he went to Mile 3 and told one of her friends to go and check if she was still alive.
“So around 8pm, we saw her friend who said it was like Oyigbo was dead. That was how she hinted us. We went to the house and found out that she was already dead.
“As the caretaker, I had to go to the police to report. Up till now, we have not seen the man and the child. So, that is why people are suspecting that he may know what happened to the girl.”
The state police spokesperson, Nnamdi Omoni confirmed the incident and also disclosed that investigation was ongoing.
Top Stories