The rapper reacted in a post after the singer stated that he does not have a wife. 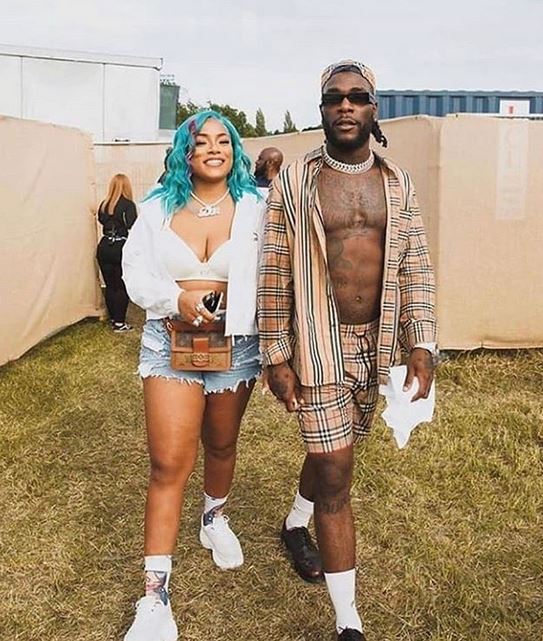 Stefflon Don, a popular British rapper and girlfriend of Grammy winner, Burna Boy has reacted after he said he has no wife.

Burna Boy made the statement on Instagram on Tuesday after a blogger claimed that the afro-fusion star is in a relationship with American model Delicia Cordon.

Responding, the singer wrote: “I nor even know am. Lol, and FYI Odogwu no get wife.” 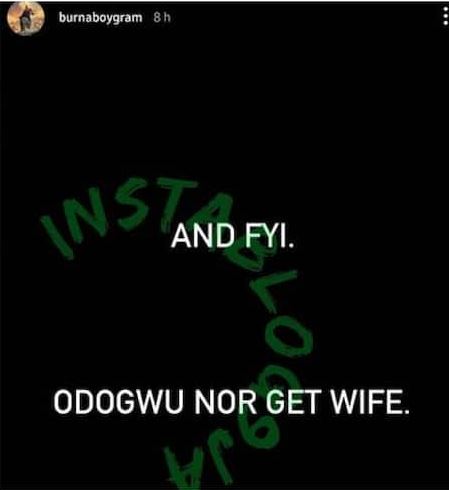 Reacting to the statement on Twitter, Stefflon wrote: “No matter how much love, Loyalty or how good you treat someone, people are just not solid and scream real but are the fakest. Fame & money changes some ppl. When people show you who they are believe them. As hard as that may be. God sees and knows. People genuinely need prayers.” 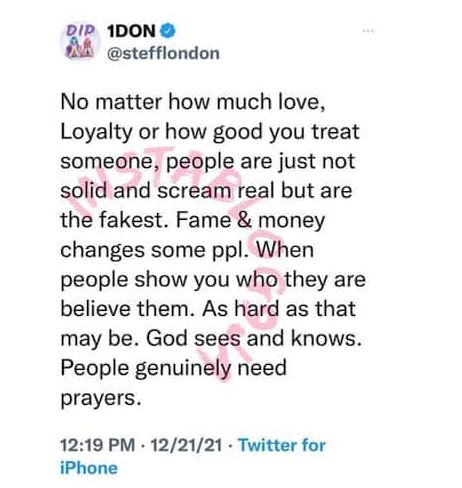