Agbasimalo was reportedly abducted on September 18, along with his security details on his way from Ezinifitte to Azia in the Ihiala Local Government Area of Anambra State. 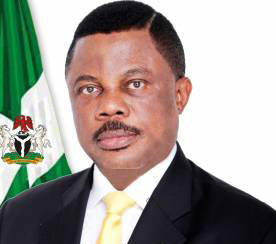 Mrs Ada Agbasimalo, the mother of the kidnapped candidate of the Labour Party in the November 6 governorship election in Anambra, Obiora Agbasimalo, on Friday called on Governor Willie Obiano to put more efforts in finding her son.

Agbasimalo was reportedly abducted on September 18, along with his security details on his way from Ezinifitte to Azia in the Ihiala Local Government Area of Anambra State.

He was on his way for an election campaign, and ever since, nothing had been heard of him.

However, Mrs Agbasimalo in a statement on Friday in Awka, noted that her arms were wide open to embrace her son who had been in kidnappers’ den for over 90 days.

Aggrieved supporters of Agbasimalo also earlier blocked the governor’s office in Awka in bitter protest of the abduction of their candidate by unknown gunmen.

Mrs Eucharia Agbasimalo, wife of the abducted candidate also amidst tears, narrated her pains that “more than 83 days after, no one has been able to tell me and my children what has happened to my husband, their father.”

“Now the police have denied receiving any formal report or complaint on the matter. I am indeed heartbroken as I don’t know what to believe, at all.”

The protest comes almost 87 days after the abduction occurred.

The election had gone ahead despite the abduction of Agbasimalo and the candidate of the All Progressives Grand Alliance, Prof Charles Soludo, had been declared winner by the Independent National Electoral Commission.