The suspect was arrested following a distress call received at Agbado divisional headquarters at about 12:30 midnight. 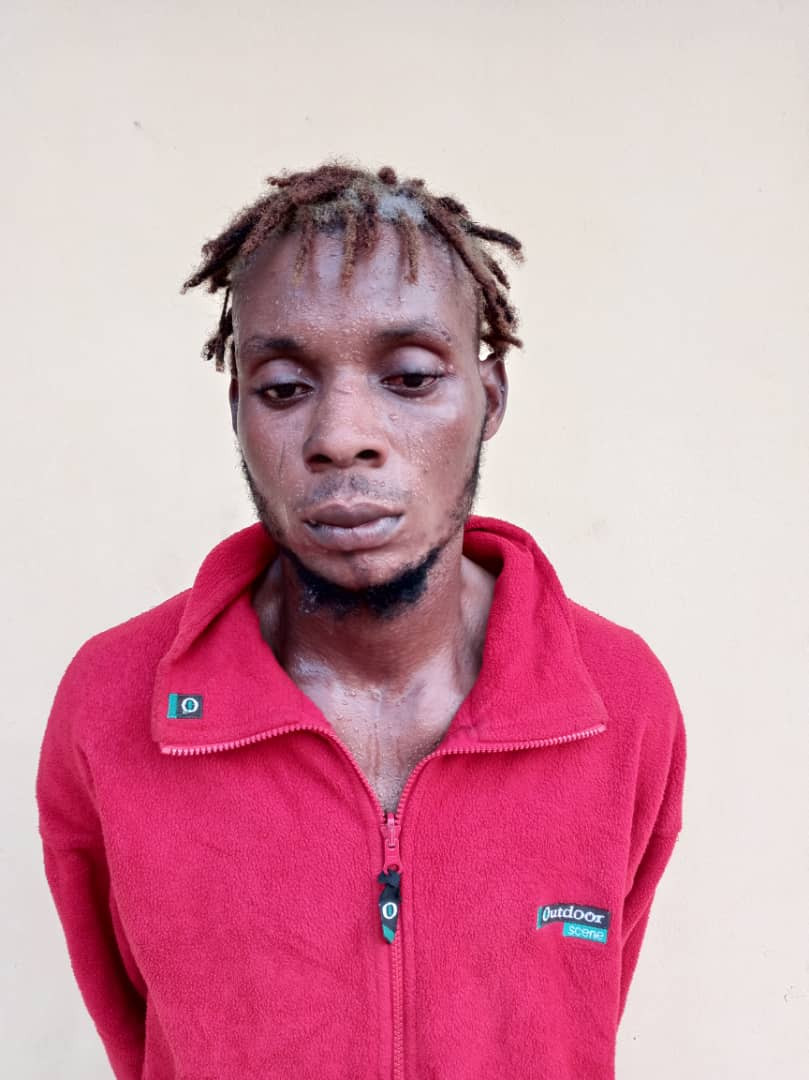 Akanji
Policemen in Ogun state have arrested a Fridge/Aircondition technician, Toheeb Akanji, aka T.cash over the death of 42 years old Damilare Babatunde Oladipupo, a  member of one of the transport union in Ogun state.
Akanji was accused of allegedly stabbing Oladipupo to death over a disagreement.
The suspect was arrested following a distress call received at Agbado divisional headquarters at about 12:30 midnight from one Oluomo, that one Oladipupo Babatunde, aka no story who came to Blue roof hotel in Adiyan Gasline to celebrate with the hotel owner, has been stabbed to death by an unknown person.
Upon the distress call, the DPO Agbado division, CSP Kehinde Kuranga, quickly mobilized his men and moved to the scene. On getting there, it was discovered that the deceased was lured out of the hotel and stabbed severally on the chest, hand and face. It was also discovered that he struggled with his assailant which made him to seize the cardigan wore by the suspect as well as the knife he used to stab him.
The deceased was rushed to the hospital where he was confirmed dead by the doctor.
Confirming the incident, the public relations officer of the command, DSP Abimbola Oyeyemi, said the commissioner of police, CP Lanre Bankole, who was immediately informed promptly directed that the suspect must be hunted for and brought to book within 24 hours.
''Upon the CP's directive, the DPO and his men embarked on intelligence-based investigation, and at about 5p.m. of Saturday 25th of December 2021,the suspect was arrested.
On interrogation, the suspect confessed killing the deceased but blamed it on devil handwork. He stated that he came to the hotel to find out who beat and injured one of his boys, but on getting there, the deceased accosted him and started fighting with him. It was then he brought out the knife he came with and used it to stab him.'' Abimbola said
Meanwhile, the commissioner of police CP Lanre Bankole has ordered the immediate transfer of the suspect to homicide section of the state criminal investigation and intelligence department for further investigation and diligent prosecution.
Top Stories