Ckay, Ayra Starr, Portable, Buju - Check Out Nigerian Artistes To Look Out For In 2022


As the new year is fast approaching, this is the highlight of seven Nigerian artists to look out for in 2022. 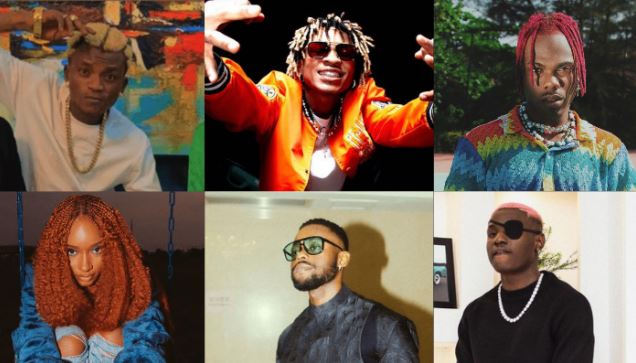 Without a doubt, many fast-rising artistes have emerged as top trends in 2021 and there’s much expectation from them in the coming year.

As the new year is fast approaching, The PUNCH highlights seven Nigerian artistes to look out for in 2022.

The singer has received favourable reviews for her songs such as ‘Away’, ‘Fashion Killer’ and ‘Bloody Samaritan’.

‘Away’ was said to have reached No. 1 on Nigeria iTunes and also peaked atop the Apple Music charts of countries including Nigeria, Ghana, Uganda, Sierra Leone and Gambia.

To describe Daniel Benson, aka Buju, as one of the most sought after artistes for collaboration, especially for choruses, in the country cannot be considered an overstatement.

The fast-rising afro-fusion singer, songwriter and pianist is behind the chorus (hook) of many current hit songs.

His top features include ‘Feeling’ with Ladipoe, ‘Mood’ with Wizkid, and ‘Peru’ freestyle.

Portable has also performed at several concerts with top music artistes such as Tiwa Savage, Wizkid and Davido.

His followership on Instagram has also rapidly increased from 20,000 to over 500,000 followers as of the time of filing this report.

Chukwuka Ekweani popularly known as Ckay, is known for his hit single Love Nwantiti, and has recently attracted international musicians.

A week ago, popular American singer, Ne-Yo, revealed his intention to collaborate with the Love Nwantiti crooner, who also recently announced a collaboration with French producer, David Guetta.

Though released in 2020, the song has received over 10 million streams across music platforms and Nigerians have used the song for Instagram reels and TikTok videos.

He also performed at one of the eviction shows at the Big Brother Naija Shine Ya Eye stage.

Born Lekan Osifeso, the singer’s amapiano-inspired ‘Monalisa’ has become a hit across radio stations and clubs.

Michael Adebayo, professionally known as Ruger, is popular for his two hit songs, Bounce and Dior.

The 22-year-old who is known for wearing an eye patch also featured in Burna Boy’s August Twice as Tall concert in 02 Arena, London.