We had reported that Gabriella Sokari Tolofari, mysteriously disappeared from a prayer ground at Deema community, in Bonny on December 13, 2020. 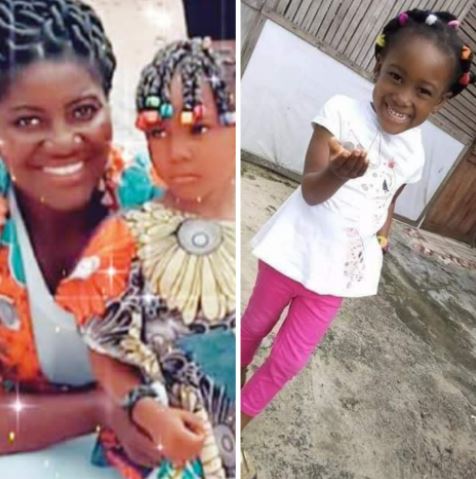 Precious Owunari Pepple and her daughter

The heartbroken mother of a 4-year-old girl who went missing in Bonny Local Government Area of Rivers state, Precious Owunari Pepple, has lamented about the unfortunate ordeal a year after the incident.

We had reported that Gabriella Sokari Tolofari, mysteriously disappeared from a prayer ground at Deema community, in Bonny on December 13, 2020.

Speaking to PUNCH, Mrs Pepple narrated the event leading to the disappearance of her daughter and all the efforts made to find her.

Speaking about what led to her daughter's disappearance, she said;

''My daughter, Gabriella Sokari Tolofari, was four years old when she got missing. She would have been five this year. I was pregnant at the time. I had also just lost my mom that year, too, in May. It was Christmas period like this that the incident happened. My aunt called me on December 8 that she was coming to Bonny from Port Harcourt to join a yearly prayer, which was organised in our village, Bethel Village, very close to Dema Village.

She came in on December 12, which was also my birthday, and we went to the village for the prayers. I went with my daughter as well. The next day, being Sunday, I was with my daughter in front of our village house, feeding her. Other kids were also there. My aunt’s 18-year-old girl, Dorathy, was also there.

There were people at the back of the house, so I joined them, while waiting for my daughter to finish pooing. I sat there for a while but she didn’t return. I thought that, perhaps, she had followed Dorathy to another house, so I didn’t feel uncomfortable.

"The little girl led me to where Dorathy was. I asked her where my daughter was. She said my daughter had finished pooing and after helping her to wipe her butts, she told her to come and meet me.

Then I asked her why she would do that, knowing that my daughter, who was just four years old, was new in the area and didn’t know her way around. I asked her where my daughter could be, but Dorathy could not give me any reasonable answer. I began to panic at that point.

But I tried to calm myself down, telling myself that she might have followed other kids to play. But then I know my daughter is not that kind of a child; she wouldn’t follow just anyone. She followed Dorathy because she knew her. I know that if she wanted to play with anyone, she would inform me.''

On how she reacted after realizing her daughter had gone missing, Mrs Pepple said;

"I began to shout around the village, announcing that I was looking for my daughter. This happened around 1pm and I was going round till around 3pm, searching for her, but there was no sign of her. We searched every nook and cranny of the village. We trekked down to Dema village which was miles away.

There was no sign of my daughter.  Then I began to question Dorathy where exactly she dropped Gabriella, but she was saying the same thing – ‘I wiped her butts and told her to go meet you where you were seated’.

I asked everyone I saw out there if they saw any little girl wandering around. From the backyard to the front of the house is not too far, someone must have seen her. One old woman told me she saw her come out of the backyard but didn’t know the direction she went from that point."

Asked where her husband was when all was happening, she said;

"He was at work. I called him to tell him that our daughter had gone missing; he was shocked for a while but tried to calm me down. The next day, he came with some of his friends in a boat for another search.

They even divided themselves into two groups. Two boats filled with youths went to Dema Village and another two, also filled, went through Bethel.

We searched till the two groups met. We even searched houses but couldn’t find her. That is how things have been till this moment. Whenever I have to recall this, I begin to blame myself. My daughter just become a vapour that I only feel her, but cannot see. It is sad!''

On police involvement in the case, she said;

"We reported to the Bonny Divisional Police Headquarters. They (police) followed us down to the village. They did their own search and questioning, and in the end, took Dorathy with them to the station for questioning. After a while, her people started calling, saying it was a family matter and we didn’t need to arrest Dorathy.

They said all manner of things, forgetting that my missing daughter was a four-year-old minor. It became a serious issue in the family, so we got Dorathy released. They had taken her to the State Criminal Investigation Department in Port Harcourt. The family had a meeting and agreed they would involve prophets and seers.

They went to meet Prophet Jeremiah (Fufeyin) of Mercyland Ministries. It was even aired live on television. They spent one week in Delta State. They went from one mountain prayer session to another.  Prophet Jeremiah said he saw it in the spirit that the girl was alive and that she was kidnapped by three men and a woman who masterminded the whole thing.

He didn’t say who the men and the woman were, what their intention was, or where my daughter was. He just said my daughter would come back. We went to other places to get some spiritual help but they told us that they didn’t see anything concerning the child."

On how she's coping with the fact that her daughter has been missing for a whole year, she said;

"I feel very bad because we are talking of a human being. It is quite different if the girl was ill or dead. At least, we can say, “This is where she was buried.” Her disappearance is something I haven’t come to terms with. I feel very bad. I spent complete four years training her and nine months she spent in my womb. It is heartrending!

I have waited for one whole year without any sign of her and I am running out of patience. I don’t know if she is safe where she is. As a girl child, only God knows what they must have done to her.

The first month when she got missing, I almost lost faith in God. I stopped eating; I also stopped communicating with anyone. I would just sit in my room, lock the door and would cry till I slept off. I became a shadow of myself, and I was pregnant. I just want to open the door and see her standing outside.''

"I have hope! I have never taken anybody’s child, so anyone who carried my child would certainly return her to me." she said

Asked if she has been contacted to pay ransom for her child to be released, she said;

"Nobody has done that till date. We even thought they would call us and say we should pay a ransom to free our child, but no one has called us. At least, all the money I am spending on going to different seers, we’d gather it and pay the ransom. I still have hope that she will come back alive and healthy."

On how the police is helping with the case, she said;

"I went back to the police station when I heard that some suspected kidnappers’ den was raided and about 200 children retrieved in Auchi, Edo State. I told them to help me make contact with officers in Auchi, but they said I must send someone. I tried sending someone but she failed us at the last minute. She said she didn’t want to get into trouble. Since then, we are just hoping that she would come back.'' 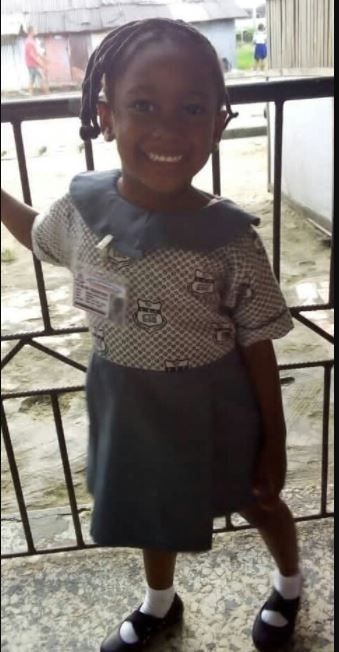