Mariel Suarez was filmed 'locking lips' with cop killer Cristian Bustos in the Argentinian prison where he has just started a life sentence. 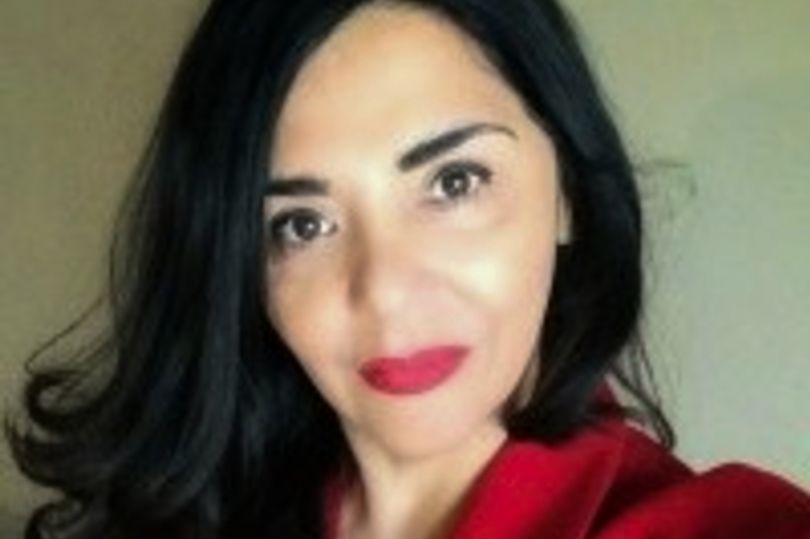 Mariel Suarez, a female judge in Argentina is under investigation after CCTV appears to catch her kissing a killer she recently convicted.

Mariel Suarez was filmed 'locking lips' with cop killer Cristian Bustos in the Argentinian prison where he has just started a life sentence.

The judge was the only one of a panel of judges who argued Bustos should escape a life sentence when they convicted him last month.

But Suarez denies any intimacy took place and insists she was only visiting the murderer to ask questions for a book she is writing.

Court officials have since confirmed that a probe has been launched into security footage which shows the judge leaning forward towards the “highly dangerous” inmate with her back to the camera.

Argentinian media outlets have claimed the clip is of the unlikely couple kissing.

Neither the judge or the inmate were officially named in a court statement confirming the investigation, but their names leaked out in local press in Argentina following the December 29 prison visit.

Bustos is being held at a jail in the southern Argentinian city of Trelew over the 2009 killing in nearby Corcovado of police officer Leandro Roberts. 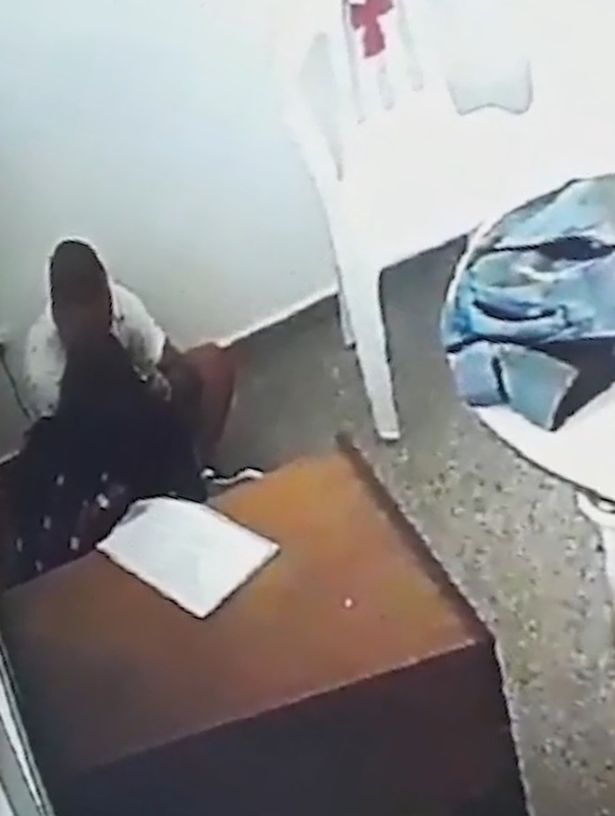 The camera allegedly caught them kissing

Roberts was shot dead and a colleague injured after going to arrest Bustos at his home following an earlier prison escape.

He was wanted over the murder of his baby stepson who was beaten to death in a horrendous crime that led to a separate murder conviction and 20-year prison sentence.

A brother of the fugitive died in the gunfight that occurred when police tried to detain him.

Bustos was convicted of murder and given a life sentence for shooting Roberts after admitting his guilt during a trial.

Today/yesterday (TUE) Suarez told Argentinian news website Todo Noticias there was no kiss during the prison visit, adding: “We were talking and felt we were being listened to. They were secret talks and there were people walking nearby and a camera and that’s why we talked close-up.”

“I believed the version of events he gave at his trial and that’s why I voted for a lesser punishment than life imprisonment.”

The probe into the judge is being led by the Superior Court of Chubut, which said in a statement: “The judge allegedly incurred in inadequate behaviour.

“The investigation will seek to determine the circumstances of the meeting between that judge and an inmate who is regarded as highly dangerous and was recently convicted following a trial in the city of Esquel.

“It will also look at how long the meeting lasted and its characteristics, with a view to confirming whether there have been violations of the Law of Public Ethics and internal judicial authority regulations.”