President Buhari Reacts To Designation Of Bandits As Terrorists


On November 25, a Federal High Court in Abuja declared the activities of all bandit groups in the country as acts of terrorism. 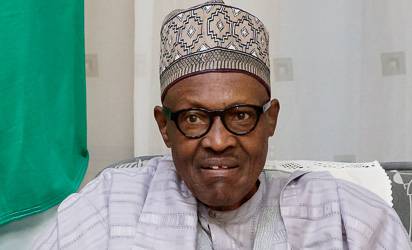 President Muhammadu Buhari has said that bandits terrorising the North-West have been declared as terrorists and they would be treated as such.

On November 25, a Federal High Court in Abuja declared the activities of all bandit groups in the country as acts of terrorism.

Mohammed Abubakar, Director of Public Prosecution at the Federal Ministry of Justice, who filed the motion ex-parte, said President Buhari gave approval for his action, of which objective is the proscription of Yan Bindiga and Yan Ta’adda groups and other terrorist groups in the country.

In its supporting affidavits, the Nigerian Government said security reports have confirmed that the bandit groups were responsible for the killings, abductions, rapes, kidnappings and related acts of criminality in the North-East, North-Central and other parts of the country.

Speaking during an interview with Channels TV, Buhari said he has directed the security agencies to go after them.

He insisted that the administration had made progress in tackling insecurity especially in the North-East part of the country where Boko Haram and ISWAP terrorists were holding sway.