In the now viral video, the preacher was heard saying that MasterCard is Lucifer-Card. 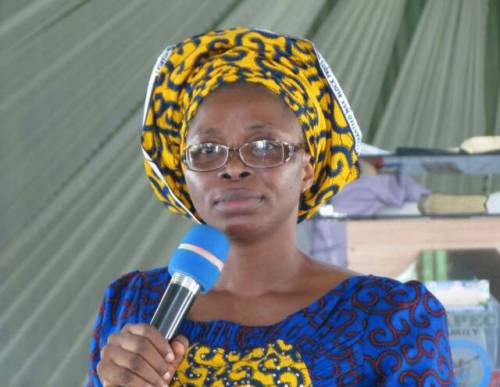 Evangelist Funmilayo Adebayo
Evangelist Funmilayo Adebayo has said those who use mastercard will not go to hell.
The woman popularly known as Mummy G.O, said most of the initial viral controversial statements are edited with lies.
In an old viral video, the preacher was heard saying that MasterCard is Lucifer-Card.
Speaking with BBC Pidgin, Mummy G.O could be seen telling interviewers to record her and make this recent clip go viral as others did.
Denying her previous assertion in entirety, she admitted having a MasterCard and said she wouldn’t go to hell because she possesses one.
She reiterated that such an utterance never came out from her mouth and urged people to speak good about her rather than lies.
Watch old and new videos:
Top Stories