Gbohouo has been suspended by FIFA after testing positive for trimetazidine, a heart medication that the World Anti-Doping Agency categorises as a stimulant. 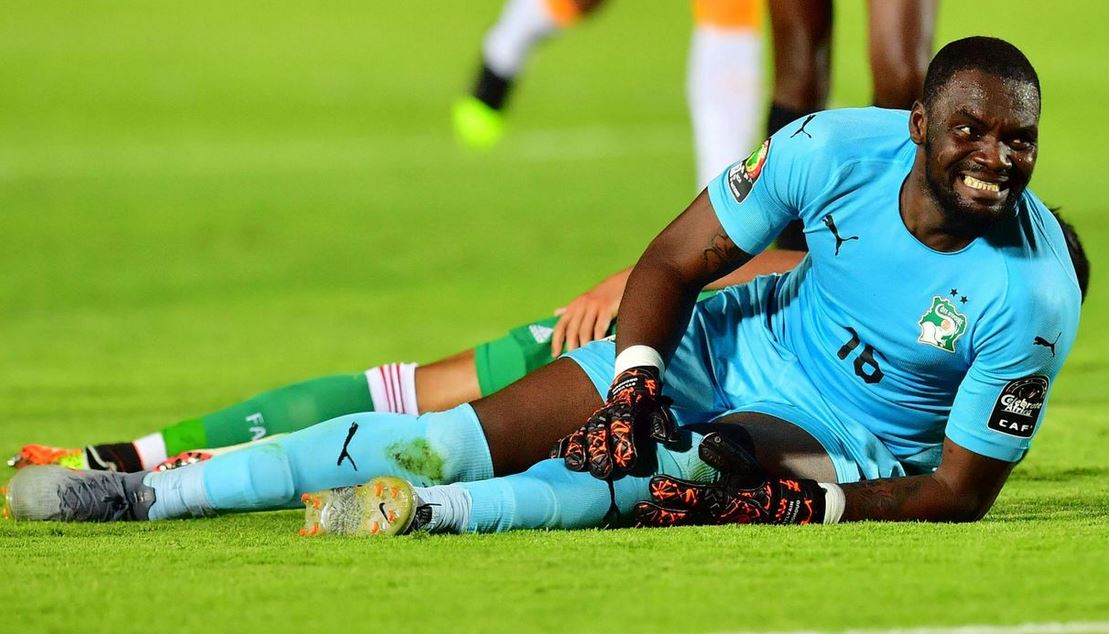 The International Federation of Association Football, FIFA has banned Sylvain Gbohouo, the No.1 goalkeeper of Ivory Coast over an alleged doping violation after testing positive for trimetazidine.

Gbohouo, who plays club football in Ethiopia at Wolkite City, had been provisionally suspended by FIFA after testing positive for trimetazidine, a heart medication that the World Anti-Doping Agency categorises as a stimulant.

The announcement was made by the Ethiopian Football Federation on the eve of the tournament but the Ivorians included him in their squad for the Cup of Nations anyway, hoping to have the ban lifted after proving an explanation.

‘Early last year, we asked Sylvain to do an eye exam, as goalkeepers often do. He did it in Abidjan,’ said Ivory Coast coach Patrice Beaumelle.

‘The doctor who examined him prescribed medication.

‘Sylvain took the medication in March, but since then he has stopped.

‘We were informed of the result on December 27.

‘There were traces of the molecule in his urine. We provided the prescription.’

But FIFA’s disciplinary committee has told the Ivorian the suspension is confirmed and allowed 20 days to lodge a formal appeal, Ivorian officials said.

They are said to be appealing the ban.

It can be recalled that Chinese swimmer Sun Yang once served a ban for taking trimetazidine, which the World Anti-Doping Agency previously classified as a stimulant but is now classed as a metabolic modulator.

It is used to treat angina, a heart condition that causes chest pain through lack of oxygen.

In athletes it improves their oxygen use.