On the streets of London and Birmingham, Mohammad Malik can be seen lying across huge billboards directing suitors to his website. 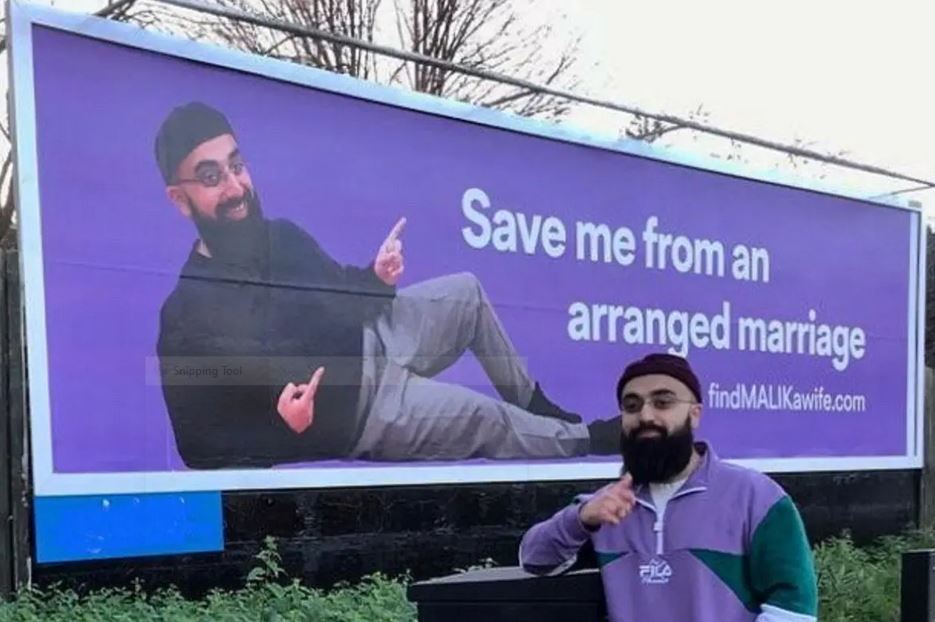 A 29-year-old bachelor, Mohammad Malik, who put up billboards across London and Birmingham in England, in search of a partner has reportedly received over 1000 applications from prospective spinsters.

On the streets of London and Birmingham, Mohammad Malik can be seen lying across huge billboards directing suitors to his website: Findmalikawife.com.

Visiting his page, a video of him pops up as he says: “Hi, I’m Malik. You may have seen my face on a billboard somewhere.

“I’m 29, live in la vida London. I’m an entrepreneur and a foodie and I’m religious. I am looking for someone who is working on her deen [Arabic meaning religion].

“I am open to any ethnicity but come from a loud Punjabi family, so the banter has to be 100.

“If you’re interested, fill out the form and check out my details.”

Speaking to BBC Asia, Muhammad explained his reasons behind his quest to find Mrs Right. He said: “I just haven’t found the right girl yet. It’s tough out there. I had to get a billboard to get seen.

“My ideal partner would be a Muslim woman in her 20s, who’s striving to better her deen.”

“I’m an only child and look after my mom and dad. If this is a deal-breaker I don’t think it’ll work out.”