Kwankwaso, while featuring on Sunday Politics, a current affairs programme on Channels Television on Sunday, dismissed the power rotation between the North and the South. 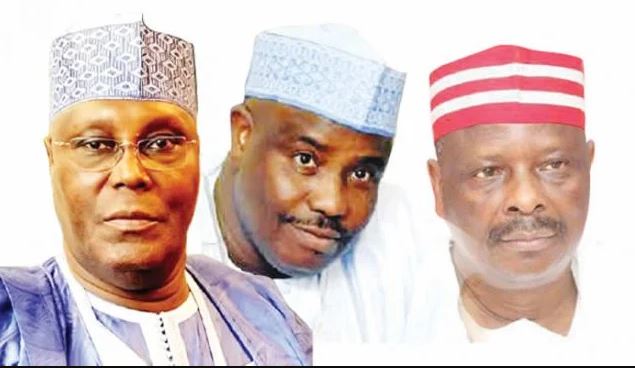 According to a report by The PUNCH, there may be looming trouble for prominent politicians from the northern part of Nigeria who have shown interest to run for president in 2023 as the Southern and Middle Belt Forum have demanded that all political parties zone their presidential ticket to the South.

The politicians include former Vice President Atiku Abubakar, who had contested for presidency on three occasions, Sokoto State Governor, Aminu Tambuwal and an ex-governor of Kano State, Rabiu Kwankwaso. While neither of them had yet to officially declare their presidential bid, there are strong indications they are eyeing the exalted position.

Kwankwaso, while featuring on Sunday Politics, a current affairs programme on Channels Television on Sunday, dismissed the power rotation between the North and the South.

The demand is contained in a communiqué issued at the end of a meeting of the leadership of the groups in Abuja on Thursday.

Also at the event were the National Chairman of Pan Niger Delta Forum, Senator Emmanuel Essien, as well as former governors and ministers.

The leaders resolved that the extant constitution and structure of Nigeria are grossly flawed and lopsided. They therefore demanded the fundamental restructuring of the country by enacting a new constitution that would enthrone equity, fairness and justice.

The group noted that the basis of any viable democracy, especially in a diverse and complex country such as Nigeria, is fair and even sharing of power.

The leaders condemned the continued senseless killings of innocent citizens across the country by terrorists and criminals, especially in the North-West and called on the government and security agencies to redouble efforts to safeguard the lives and property of Nigerians.

They cautioned the National Assembly to only give consideration to bills that would promote equity, justice, peace and national cohesion instead of issues that would exacerbate crises in the country.