The suspect was arrested after the police traced the sum of N30,000 paid into his account by the woman before she went missing. 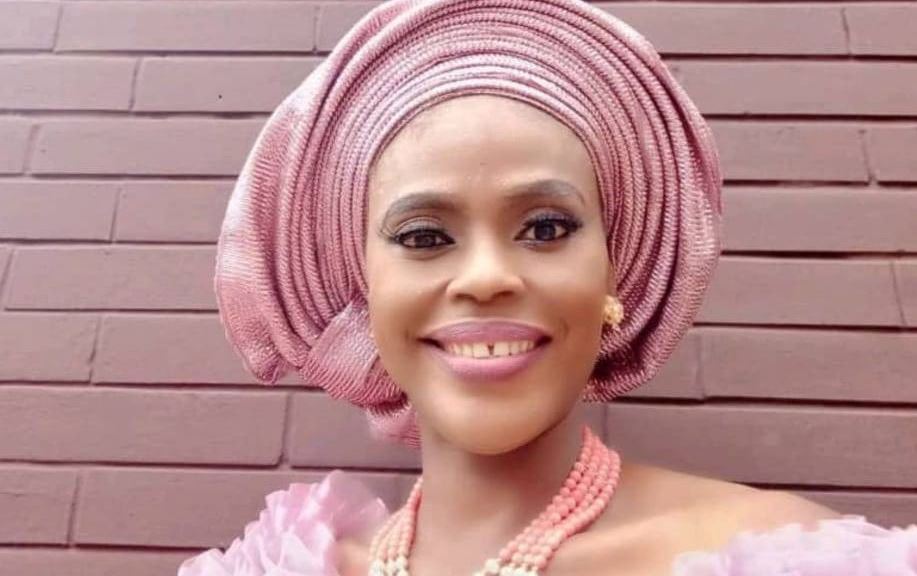 A suspect fingered in the disappearance of a 35-year-old mother of two, Mercy Henry, has been apprehended by the police.

According to the woman's father, Pa Henry Ekienabor,70, Mercy had told her family she was going to Ijegun, a suburb in Lagos State on December 16, 2021 and has since not been seen.

Speaking to the Guardian, Pa Ekienabor, who raised the alarm, said the family was apprehensive as the whereabouts of Mercy remains unknown.

He said not knowing whether Mercy is alive or dead was the most distressing for him and his family members.

Ekienabor, who said he has reported the matter to the police, was dissatisfied with the manner the police were handling the investigation.

He explained that although a suspect, Mayowa Timothy Bamidele, has been arrested and in police custody, he insisted that the police were not escalating the matter to the level he wanted. He also accused the police of handling Mayowa’s interrogation with kid gloves.

"I feel frustrated and dejected because I have never experienced this type of situation in my life. It’s been almost a month now and Mercy is nowhere to be found. We went round, called her friends and reported to the police. Police keep saying the investigation continues. We’ve gone to spiritual homes and we were told Mercy was being caged somewhere, but where? Nobody knows!" he said.

Recalling how Mercy disappeared, Ekienabor said: “On December 16, I got a call from my son that Mercy didn’t return home to sleep. She had told everyone she was going to Ijegun, but she didn’t mention the name of the person she was going to see. That same night, her siblings started calling all her friends, asking if they had heard or seen Mercy

"One of her friends residing at Port Harcourt, named Ayo, said that she spoke with Mercy at noon. She said that Mercy called, asking for a loan of N30, 000, that she needed it for treatment at a trado-medical home, that she was short of blood and getting leaner.

"Ayo told us that she paid the money into a First Bank account bearing the name, ‘Mayowa Timothy Bamidele,’ given to her by Mercy. The money landed in the account at 1:59pm and at 2:02p.m., Mercy’s phone number stopped going. Since then, we’ve not been able to reach her.”

Using the information supplied by Ayo, the police went to First Bank and with the assistance of the Bank, Mayowa; the account holder that received the N30, 000, was arrested.

“Mr. Mayowa’s story has too many discrepancies. He claimed to have seen Mercy four years ago when she came to his traditional birth centre to deliver a baby girl. But his phone history and chats showed that he and Mercy spoke on December 15 about 9:00p.m.

Spokesperson of the Lagos State Police Command, Adekunle Ajisebutu, who confirmed the incident, said that a suspect has been arrested in connection with the disappearance of the woman.

“The case is still under intensive investigation at the SCIID. The Commissioner of Police, Hakeem Odumosu, has directed detectives handling the case to intensify efforts to trace the whereabouts of the woman. Meanwhile, a suspect has been arrested and is currently helping the Police detectives in their investigation." he stated. 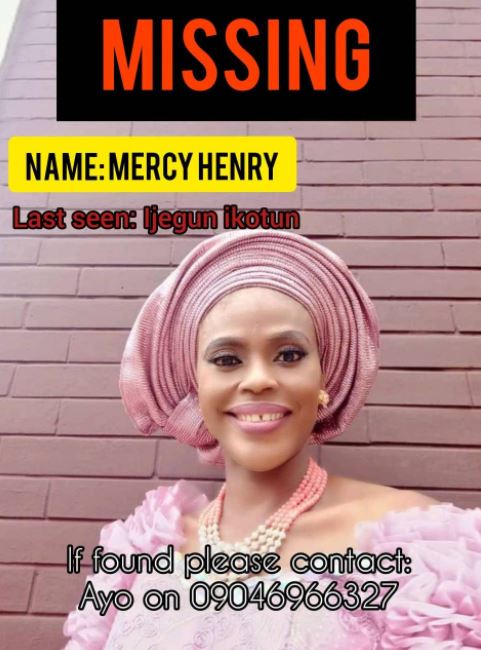