Ejiofor described the claim by the Federal Government’s counsel, Shuaibu Labaran, as false and misleading. 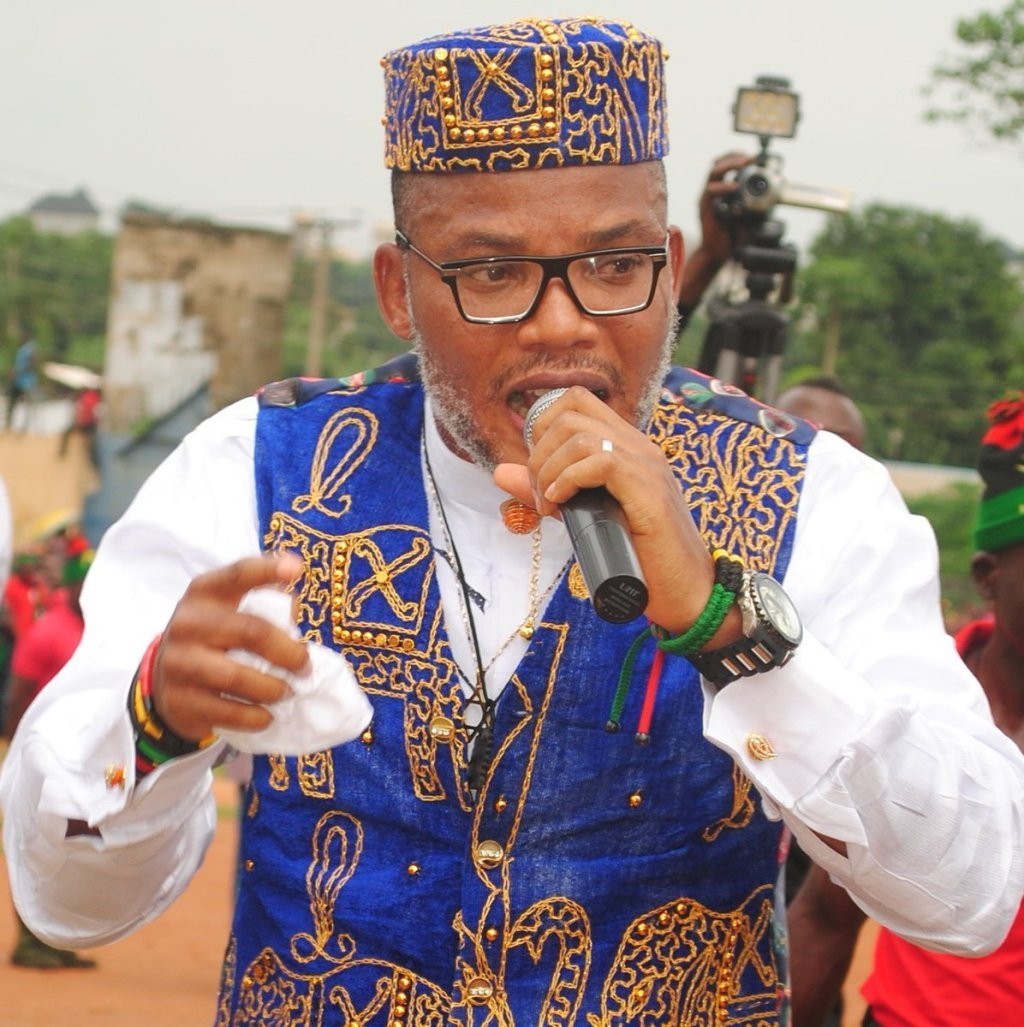 Nnamdi Kanu
Claims by the federal government that Nnamdi Kanu denied being a member and leader of the Indigenous People of Biafra in court has been refuted.
Ifeanyi Ejiofor, counsel to Nnamdi Kanu, denied the claim on Thursday.
Ejiofor described the claim by the Federal Government’s counsel, Shuaibu Labaran, as false and misleading.
Labaran had said Kanu denied being an IPOB member during yesterday’s court proceedings.
But, Ejiofor said Kanu only denied the claim that IPOB was a terrorist group while taking his plea.
In a statement, Ejiofor said: “Our attention has been drawn to the deliberate misrepresentation/falsehood and wrong narratives being perpetuated by some mischief-makers, and which is unfortunately gradually gaining prominence on social media platforms and print media. Hence, it is pertinent that we provide clarification and clear the doubt.
“S.M. Labaran Esq., who stood in yesterday for the Director of Public Prosecution of the Federation is a colleague I hold in high esteem, but I shall resist every mischievous ploy being adopted to misinform the unsuspecting members of the public who were not privy to the details of the proceedings in court yesterday, with a wrong and mischievous interpretation of the purport of the Plea taken by our indefatigable Client – Onyendu Mazi Nnamdi Kanu.
“For the records, Onyendu Mazi Nnamdi Kanu never denied being the Leader of the Indigenous People of Biafra (IPOB) while taking his plea, but only stoutly denied the fact that IPOB is a terrorist organisation and that being its leader is an offence, which position is well informed.
“Members of the public should be well guided that the status of the black market order proscribing IPOB is a subject of Appeal in Appeal Number: APPEAL NO. CA/A/214/2018, pending before the Court of Appeal, Abuja Division.
“That being said, it is only laughable that the Federal Government of Nigeria (FGN) in their desperate but futile attempt to give a dog a bad name in order to hang it, brought a charge bordering on the status of IPOB, a subject matter of a competent Appeal, where issues have been joined with the same FGN.
“We do not wish to dwell further on this subject, but be rightly informed that Kanu never denied being the Leader of IPOB while taking his Plea yesterday.”
Top Stories