The accident, which occurred at 5:10 pm, claimed the life of a commercial bus driver, while the truck driver sustained no injury. 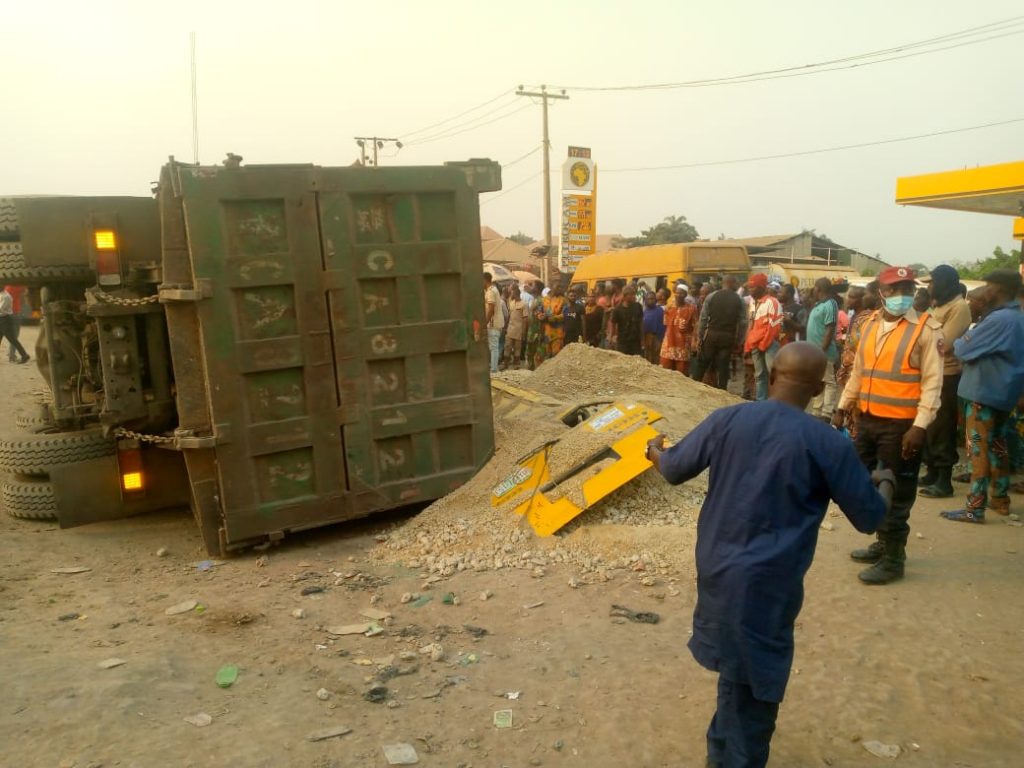 In what will come across as a really heartbreaking development, one person died on Sunday after a truck conveying granite fell on a bus at the bad portion of Sango tollgate, along the Lagos-Abeokuta highway, Ogun State.

The accident, which occurred at 5:10 pm, claimed the life of a commercial bus driver, while the truck driver sustained no injury.

The Federal Road Safety Corps (FRSC) confirmed the incident, saying the yellow Vanagon bus was registered as FST 744YD, while the Howo truck was marked LND634YE.

The FRSC spokesperson in Ogun, Florence Okpe, said “the suspected cause of the crash was a bad portion of the road.”

DAILY POST recalls that residents of Sango-Ota axis have made repeated calls to government, asking the road, which they described as a death trap, be fixed.

According to Okpe, the rescue operations took the concerted efforts of men of the FRSC rescue team and the MTD section of the Nigeria Police Force, Sango.

She explained that a crane was hired to lift the truck off the Vanagon bus.

“The dead body was taken to the General Hospital, Ifo,” she added.