Yakasai said it will be injustice to the South for northerners to aspire for the presidency after the expiration of the tenure of President Muhammadu Buhari in 2023. 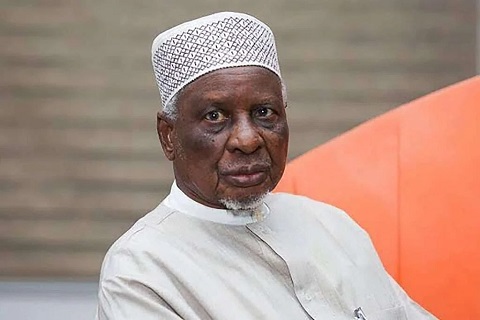 Tanko Yakassai
A northern elder statesman, Tanko Yakassai has called for power to go to the South.
Yakassai said it will be unjust for Northern Nigeria to still demand the presidency in 2023 after the tenure of President Muhammadu Buhari in 2023.
At the moment, prominent northerners like the former Vice President, Atiku Abubakar, former Governor of Kano State, Rabiu Musa Kwankwaso, Governor of Sokoto State, Aminu Tambuwal; and a former Senate President Bukola Saraki have shown interest in the 2023 presidency.
But Yakassai in reaction to the declaration of interest by Northerners said while he is not a card-carrying member of any political party, it would be an injustice to the South for northerners to aspire for the presidency after the expiration of the tenure of President Muhammadu Buhari in 2023.
He said, “How can it be that it is always us the Northerners that will rule? There is no justice in this matter, we rule, they (South) rules, that is justice.”
”I am wondering what the northerners will say to the people? What will they show to the citizens of Nigeria that they benefited or will benefit in order for them to give their votes?
”In the six to seven years, what have the northerners done? What achievement has the leadership accomplished that helped in the development of the country, its economy or any other development that helps the people?
”What major achievement do the northerners have that they can use to call upon all other Nigerians to give them votes again?’
The elder statesman said his interest in politics from the beginning had always been about justice, explaining that his support for President Goodluck Jonathan in 2015, was to make sure Nigeria went with the method of letting any president run his second tenure after his first; just like he said earlier.
He explained that if the first four years of the tenure are not enough for the president to accomplish his goals, then eight years will be enough for him as long as he has the plan on how to accomplish them.
Top Stories