The hunters made the confession while being held in detention by the police as well as the man they paid to carry out the killing. 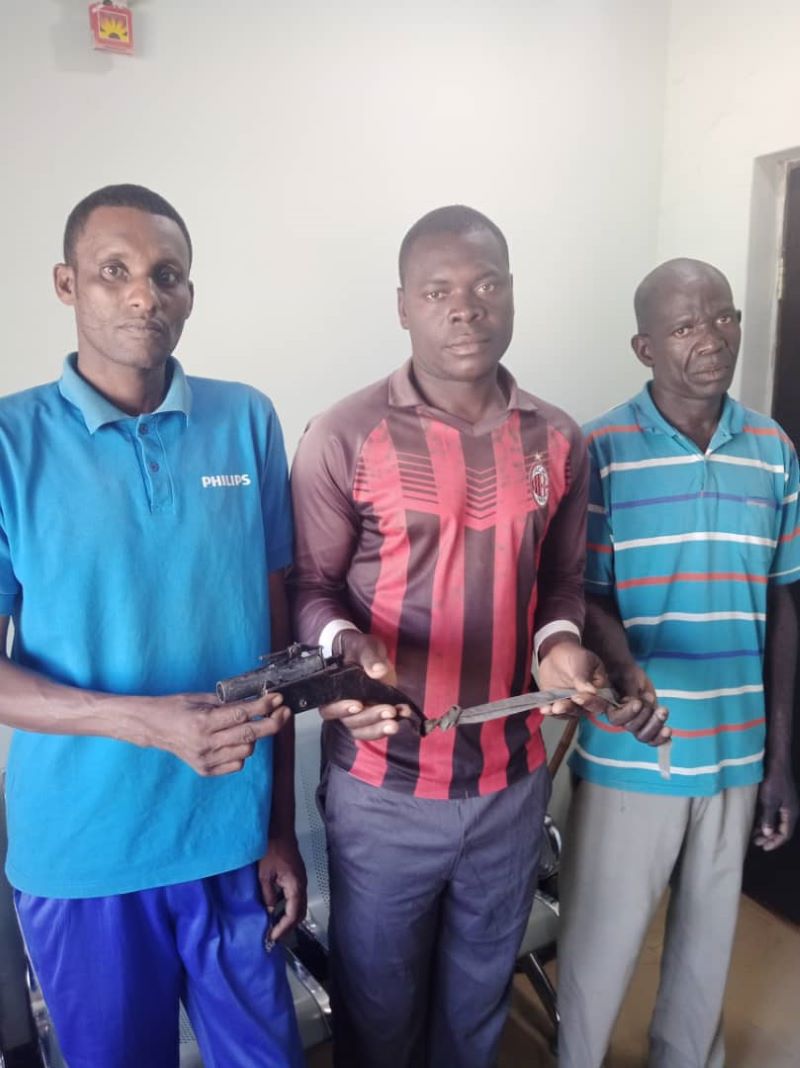 The hunters and the hitman
Two hunters who paid a hitman N400,000 to kill their neighbour have been arrested.
Operatives of the Adamawa State Police Command arrested the two local hunters for allegedly paying a third person the sum of N400,000 to kill a neighbour out of bitter envy in Ganye Local Government Area of state.
The hunters made the confession while being held in detention by the police as well as the man they paid to carry out the killing.
The State Police Public Relations Officer, DSP Suleiman Nguroje, who disclosed this in a statement named those arrested for the offence as Yohanna Gayus, 45; Maxwell Hamajoda, 38; both local hunters and residents of Detti village in Sugu district who allegedly hired one Abdullahi Musa, 29, for the job.
Nguroje stated that the Ganye Police Division arrested the suspects on Monday, 24th January.
The suspects allegedly confessed to having hired the hitman and paid him the sum of N400,000 to abduct and kill one 28-year-old Lawal Emmanuel, a farmer who is also their neighbour and who the suspects allegedly complained against.
The suspects said they plotted to kill their neighbour because he works so hard and lives so much better than them.
According to the statement, the suspects had during interrogation confessed to having offered N400,000 to Abdullahi Musa to carry out the job.
The statement commended the police operatives for the measures taken towards protecting the life of an innocent man and in preventing the suspects from committing their intended crime.
Top Stories