Sources said that Yusuf on Tuesday told the thugs guarding him to assault and shoot at some women for allegedly giving information about him to the news medium. 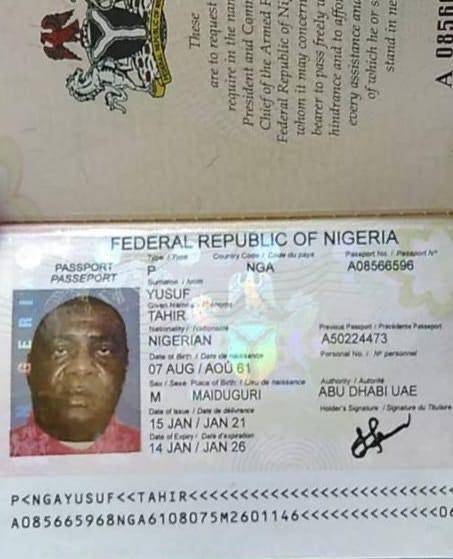 Rear Admiral Tahir Yusuf (retd.), a former Director of Nigerian Navy Accounts, on the wanted list of the Economic and Financial Crimes Commission (EFCC) has ordered thugs loyal to him to open fire on some residents of Kaduna State allegedly giving information to SaharaReporters about him.

Sources told SaharaReporters that Yusuf on Tuesday told the thugs guarding him to assault and shoot at some women for allegedly giving information about him to the news medium.

This followed the withdrawal of military guards attached to the fugitive.

Several sources told SaharaReporters that the corrupt retired military officer connived with the senior police officers and magistrate in Zaria to illegally detain and remand the innocent residents shot by thugs loyal to him.

“The rear admiral brought thugs to shoot at them. He even connived with the police in Zaria and the police to remand them in prison. He says he wants to shut them up,” a source revealed.

SaharaReporters had reported that the EFCC accused Yusuf of stealing N2billion belonging to the Nigerian government while serving as Director of Nigerian Navy Accounts.

In 2020, Justice Ijeoma Ojukwu of a Federal High Court in Abuja also ordered the permanent forfeiture of about N500 million found to be fraudulently amassed by the military officer to the Nigerian government.

He had sneaked into Nigeria in October 2021 after he illegally obtained an international passport with the help of some corrupt government officials through Niger Republic.