According to her, the council chairmen have refused to offset teachers’ promotion arrears from 2014 to 2018, and failed to implement 2020 and 2021 annual increments. 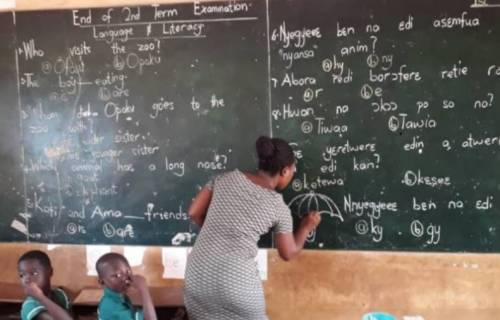 According to a report by SaharaReporters, primary schools teachers in the Federal Capital Territory, Abuja, have begun an indefinite strike over some pending arrears.

Primary school pupils in the Federal Capital Territory (FCT) had in November 2021 been asked to go back home after their teachers, under the aegis of the Nigeria Union of Teachers (NUT), declared a five-day warning strike over non-payment of their promotion arrears.

The acting secretary of the NUT, Margareth Jethro, said the strike resolution was due to the non-commitment and lack of political will by the six area council chairmen to settle outstanding entitlements of LEA primary school teachers in the FCT.

According to her, the council chairmen have refused to offset teachers’ promotion arrears from 2014 to 2018, and failed to implement 2020 and 2021 annual increments.

“Having deliberated exhaustively on the issues at stake, the SWEC in the session was saddened at the non-commitment of the area council chairmen and the management of the FCT administration to the settlements of the FCT teachers outstanding entitlements and therefore resolved to embark on a five-day warning strike with effect from Thursday, 18, November 2021,” she had said.

However, the Chairman, National Union of Teachers, Kubwa chapter, Ameh Baba, on Wednesday confirmed the strike action embarked by the teachers to Daily Trust.

She noted that the development was coming following a circular from their union the previous day.

He explained that the area councils owed their members a log of arrears that cut across payment in promotion, and minimum wage beginning from 2011.

"Part of the agreement to call off the previous strike last November was due to the intervention of FCT Senator Philip Aduda, who said that they would start implementing the demands immediately.

“But they are yet to abide by the promise, and it seems they are more concerned with their campaigns, currently taking place,” the NUT leader said.