The court ruled that the practice by the FG to deduct funds directly from the Federation Account to fund the Nigeria Police Force (NPF) is unconstitutional. 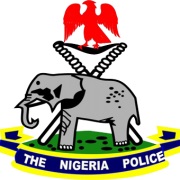