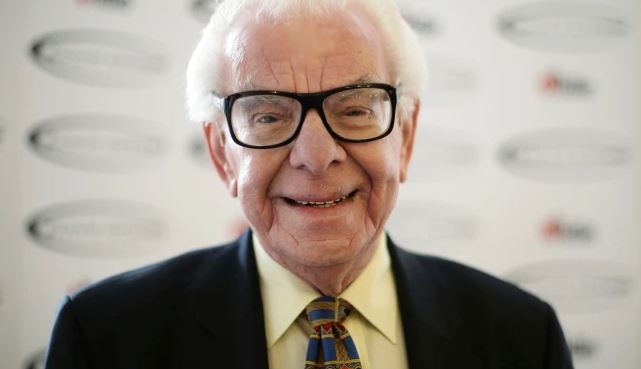 British comedian and writer, Barry Cryer, has passed on at 86.

They said the star died in hospital in Harrow, "peacefully, in good spirits and with his family around him", on Tuesday afternoon.

"Dad was a talented comedy writer and comedian in a particularly golden vintage," they said in a statement paying tribute.

"Incidentally he never really liked the terms 'comedy writer' or 'comedian', instead preferring hack and entertainer, and always thought the term 'national treasure' meant he'd just been dug up. He was, in his words, arrogant in his humility.

"He had a gift for friendship (as anyone who still has a landline will testify) and a genius for putting people at their ease. Oh yes, and he made many people laugh. A lot. Over many years."

During a seven-decade career, Cryer appeared on stage, screen, and radio and penned jokes for countless household names.

The British actor, who was regarded as one of comedy's most successful and long-standing writers and performers, was known for his long-running partnership with the late Sir David Frost, with their collaborations including The Frost Report on the BBC, and was also a panellist on Radio 4's I'm Sorry I Haven't A Clue for more than four decades.

He was also a much-loved family man, known to those who knew him as Baz. One of his sons, actor, and writer Bob Cryer, shared the family's statement on Twitter with the caption "#celebratebaz".

"Baz was, firstly, a loving husband to Terry for nearly 60 years and a gentle father to Tony, David, Jack, Bob," their statement said. "He was a friend to their partners Jayne, Matt, Garry, and Suzannah.

"As a grandfather, Ruby, Tom, Evan, Archie, Hope, Martha, and Connie all loved him and more recently, Ruby's daughter, Isobel, had the good fortune to spend time with him as a great-grandfather."

Cryer was made an OBE in 2001 and received a lifetime achievement award in 2018 for his comedy career from the British Music Hall Society.