Oyebanji scored the highest number of votes to defeat other contestants. 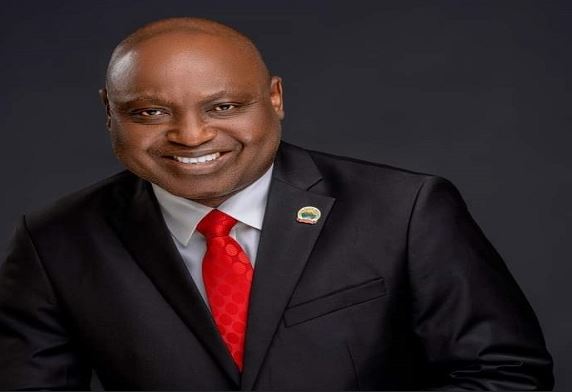 Hon. Biodun Abayomi Oyebanji, the former Secretary to Ekiti State Government, has been declared winner of the All Progressives Congress (APC) primary election that was held on Thursday.

Declaring the result of the poll, which was held in all the 177 wards, the chairman of the electoral committee, Governor Muhammed Abubakar Baduru of Jigawa State said Oyebanji scored the highest number of votes to defeat other contestants.

According to him, statistics from the returning officers showed that other contestants scored virtually zero in most wards because they did not participate in the process, having alleged irregularities.

Below are records of what Oyebanji scored in all the councils.

Addressing journalists, Baduru appreciated party members for their display of maturity and cooperation which led to the success of the poll.

He noted that the election was transparent and devoid of any manipulation, saying the method for the exercise was reached by all aspirants during a stakeholders meeting held on Wednesday.

He called on the winner to be magnanimous in victory while those who lost should be strong in defeat.