I Wanted To Join Army To Avenge My Father’s Killing – Son Of Brig Ademulegun, Assassinated In First Military Coup In 1966


In this interview, the 65-year-old opens up as he speaks about the life after the death of his father so many years ago. 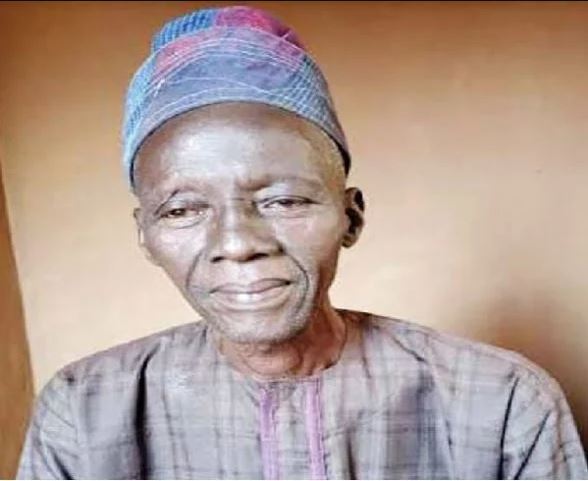 Mr Kunle Ademulegun is one of the children of the late Brigadier Samuel Ademulegun, who was killed in the first military coup in 1966.

In this interview with PETER DADA, the 65-year-old speaks about the life after the death of his father

When Brigadier Ademulegun died, where were you?

He died in the first military coup of January 15, 1966 in Kaduna. I was in the barracks in Lagos where his children resided.

I was once a freelance journalist and currently, I am into livestock farming.

What was your last encounter with your late father?

When he died,  I was just 10 years old then and if I should recall what happened then,  there was a military coup, because he was very friendly with the then Prime Minister,  Alhaji Tafawa Balewa and Sir Ahmadu Bello, so the junior officers thought he was fraternising with the civilian rulers. There was a misunderstanding in the system on the basis that my father was number three in the army then. The late Aguyi Ironsi, Brigadier Bassey and Brigadier Zakariyah Maimalari were also senior officers then. My father was to succeed the expatriate GOC ( General Officer in Command) in Kaduna 1 Division. So after Aguyi Ironsi came back from Congo, he was promoted to Major General, my father was made to head the Division. As I learnt, when the coup was hatched,  my father was penciled in among those to be executed and unfortunately for him, he was in the bedroom with one of his wives. The woman worked in one of the military hospitals. She had a pistol, I think she shot one of the soldiers. So that was how they killed her and my father at the same time.

So how would you describe him?

Bridagier Ademulegun was a detribalised military officer, which Chief Olusegun Obasanjo himself confirmed to me. He was a disciplined soldier when he was alive. He did not care whether you were a Yoruba, Hausa or Igbo or any tribe. If you merited anything, he would do it for you but the unfortunate thing for him was how they killed him.

You said you were 10 years old when your father died, how did you know all the stories about how he was killed?

Before he died,  there was this Colonel Olaseinde (retd), he was a Yoruba man. He was the one who sat me down and briefed me on everything that happened. In fact, I wanted to join the Army too, but my mother insisted that I should not go because she knew that I was going there to avenge the death of my father and that time truly that was what  I wanted to go into the army for. But my people convinced me to leave everything for God.

How has it been with the family after his death?

After his death,  we children were being sponsored by the Nigerian Army all through our education and we are united, we meet and we discuss.

As the nation holds Army Remembrance Day on January 15 of every year to remember the fallen heroes, do you hold such a programme in the family to remember your father?

No, but we speak to one another on the phone and if any one of us is celebrating we will all move there as one Ademulegun’s family. The only thing about us in our family is that we were not trained in Yoruba ways of life. We don’t care about our members but we are all Ademuleguns.

I don’t want to disclose that. I only know he was a polygamist. My mum is the third wife.

Aside your education which was sponsored by the army, is there anything spectacular that the government has done to honour Late Brig. Ademulegun?

That is what baffles me most that as a military officer, who died in active service, there should be entitlements for my late father which should have been given to the family. But then my people were afraid of the army,  nobody wanted to face them to ask questions. I took it upon myself that we should know where my father was buried, so I was taken to Kaduna military cemetery where they buried senior military officers and I saw my father’s tomb, but  I was not happy, that after serving the country for that long, what happened to his entitlements? So I went to Abuja to enquire, I went to the then GOC in Abuja, but the man directed me to the army pay and record department. So later I just discovered that there was no seriousness put into the matter. So I decided to put the demands in writing to be more explicit.  But I was more worried that my father hailed from Ondo town and he didn’t have a single house of his own.The money they got from his account, they decided to put up a house there so that his children; that whenever they come back home,  there will be something to show them. So I came back home to pursue it

Who initiated the building of the house then?

It was the Ondo State Government. I think the whole thing started around 1981. They called the family then,  and they told us that they discovered some money in our father’s account and that it would not speak well if he did not have a single house in his home town, Ondo, and that they were going to remove certain amount to put up a 4-bedroom flat in Ondo town which they started since 1981 and up till now, nothing has been done to complete it and the contractor handling the project happened to be an Ondo man and after series of disappointments for the completion of the house and when I came back home,  I got to the place, it was bushy. We can’t even say that the place is for Brigadier Ademulegun and I now called the other children to inform them about what is happening to the place and because most of us have got our own personal houses, nobody cares and I  said I will not wait until the house collapsed.

Has the family made efforts to call the attention of the state government to the matter?

Yes! When I came back to Ondo, I went to the government and it seems they did not want to listen.

Since 1981, why haven’t you made move on the property until present time ?

I did. I went to the then Ministry of Justice in the old Ondo State around 1986 and I met one Mr  Jayeola and this man told me that they would do what they could on it. I think he was the  Attorney General of the state then. Thereafter, none of us came back to Ondo because as I said earlier, I stayed in Lagos. Later the man, Jayeola called me and said they could afford to pay the part of the money to build the house while we children would complete it. I was so furious about his statement, and this time around I have made up my mind that something must be done on the abandoned project.

So, what other steps have you now taken on the matter?

We have written several letters to the governor through one human rights group on the issue and they told me that  Governor Akeredolu promised to look into it and that was in July 2021 but unfortunately, till now, nothing has happened from the governor.

What other means have you employed to see the governor?

I have not because I don’t know any other channel I could go through. I wanted to meet the SSG ( Secretary to the State Government) and they told me in her office that they were working on it since then. I don’t believe they are doing anything at all.

Before this present government came in, an Ondo man was the state governor. Do you take any step during his administration?

I did not because I was not in Ondo but lately, I had a telephone discussion through one of my friends with the former Governor Mimiko. He was even very annoyed, saying that he was in the government for eight years and “you people did not come.” He said there was nothing he could do that he could not approach the present governor about the issue.

As one of the fallen heroes,  did the Federal Government specifically do anything in his honour?

Aside from naming a street after him in Abuja, Area 10, nothing again. I later went to Abuja around 2006 and I met the Chief of Army Staff then, he said many things but no action was taken on the issue.