He was so grateful that he took to Twitter to state that he intends to wife her. 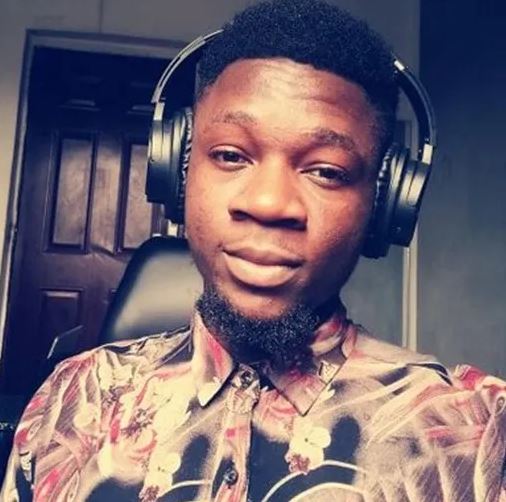 A Nigerian man could not hide his excitement after he received money from a female friend to buy food.

Cosmas Ugochukwu revealed that his friend sent him 2k for him to feed himself when she found out that he was broke.

He shared screenshots of his chat with her on WhatsApp where she asked him what he has eaten to which he responded; soft drink and biscuit.

She then asked for his account number, and after he sent it, she credited him with N2k. He was so grateful that he expressed thanks passionately and took to Twitter to state that he intends to wife her.

”A good friend (girl) did same for me today.

I was so shocked. Omo, I felt like wifing her.” 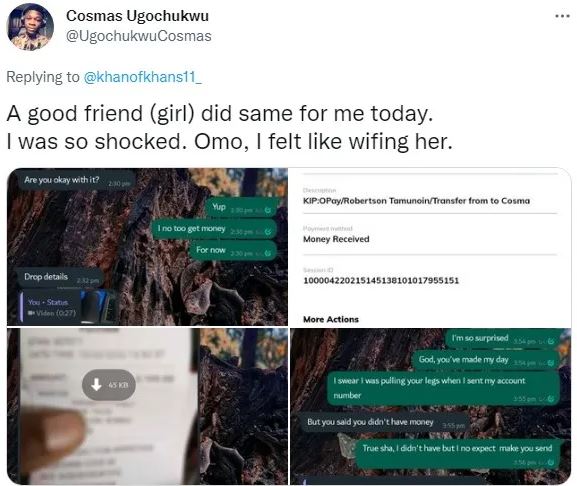