Recall that a Facebook user, Adesope Habeeb had shared photos of the elephant some weeks ago. 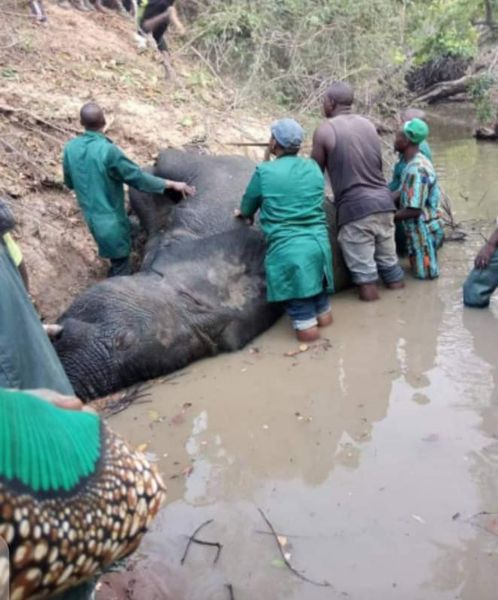 A huge elephant that journeyed all the way from Benin republic to Nigeria has reportedly died.
Recall that a Facebook user,  Adesope Habeeb had shared photos of the elephant some weeks ago.
Now, the elephant which was kept in the custody of University of Ibadan management has died with many alleging the animal was killed for its tusk which could fetch millions of naira.
Habeeb shared the sad news and wrote:
BREAKING!!!
On the elephant sighted some days ago while I was in the farm that became viral, Other indigenes across Oyo and Kwara were visiting its location to have a glance of the very peaceful elephant .
After which a delegation was sent by the Executive Chairman of Saki West Local Government as the host community and the department of Zoology, University of Ibadan.
However the delegation of the Local Government and that of the University of Ibadan led by the Director of the Zoological Garden  Dr Kabeer Popoola went in search of the elephant in the wild yesterday to convey it to the zoo.
All effort to capture the elephant alive was successful but the elephant unfortunately died in the custody of the University of Ibadan this morning.
Could the elephant have been killed because of the ivory tusk?
What a loss and all my effort to protect the helpless and harmless creature has been rendered futile.
Our government is failing us and the animal kingdom on daily basis. 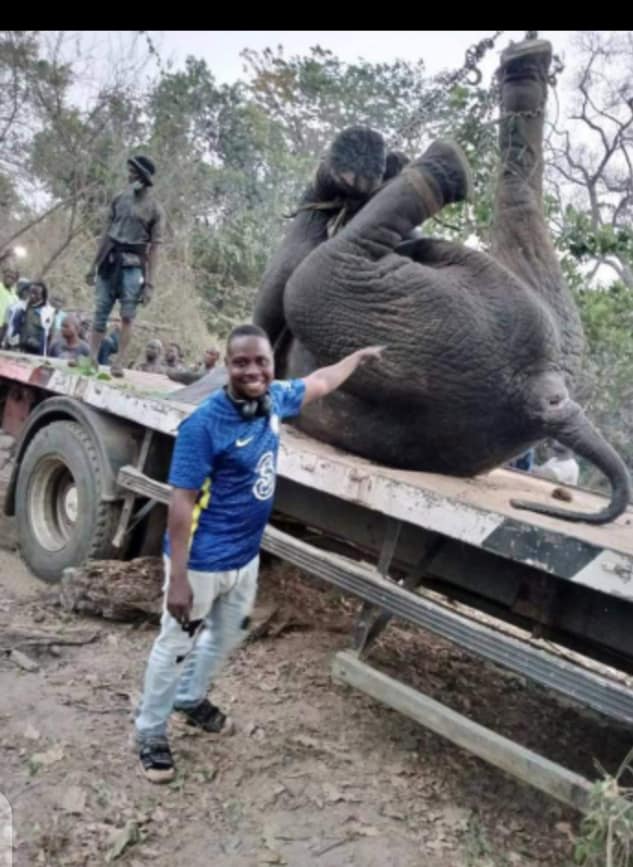