The 27-year-old man reportedly drowned and his body was retrieved from the pool with fresh marks on his body which made his family suspect foul play. 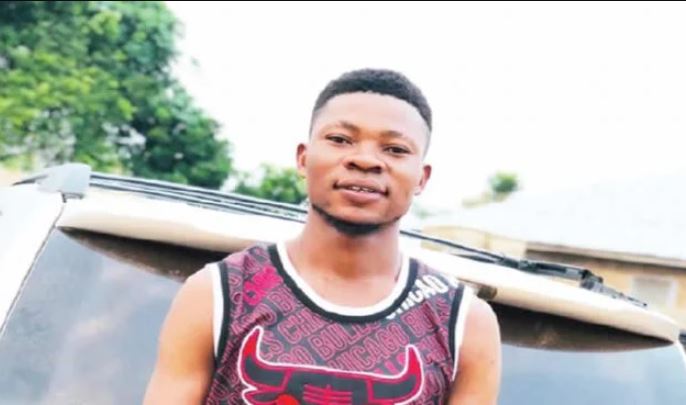 On February 14, 2022 when Adekunle Ojo was enjoying Valentine’s Day at a hotel in the Baruwa area of Lagos, he was oblivious that his life would end tragically inside a pool at the facility in the night.

The 27-year-old man reportedly drowned and his body was retrieved from the pool with fresh marks on his body which made his family suspect foul play.

City Round reports that Ojo, who lived on Unity Aghedo Estate, Ipaja, left home around 1pm that Monday to attend a poolside party at the hotel.

He was said to have swam in the pool after the party and had done about two rounds before the tragedy struck.

He was reportedly rushed to the Igando General Hospital where he was confirmed dead and the incident was reported at the Alagolo Police Station and the family was contacted.

Ojo’s father, Femi, told our correspondent during the week that two of his children went to the hotel to get the details of circumstances surrounding the death.

He said, “When the incident happened, I didn’t go there. What I know is that he went to the pool to swim and we heard the following day that he died. It was my son and daughter who went there to know what happened and they came to give me feedback.”

One of the two siblings, Adenike, said the family and the hotel manager were invited by the police and the latter claimed Ojo stayed back after other guests had left.

She said, “My brother left the house around 1pm on Monday. A party was held by the pool side at the hotel. The next thing we heard on Tuesday morning was that he drowned. When we got to the police station, the manager said my brother was the only one at the pool side. He also said the life guard wasn’t around at the time he was swimming.

“When we watched the CCTV footage, we saw that he entered the hotel around past 3pm. We even saw him dancing with one lady. At night, we saw that he pulled off his clothes, entered the pool and started swimming. He swam back and forth then, but we didn’t see him again.

When contacted on the phone, the hotel manager, identified only as Micahael, said he could not explain what really transpired that night.

He said, “I wasn’t in the whole story. If you want to talk to anybody, maybe you should talk to the lifeguard. He will be in the best position to talk. I am headed somewhere now. Once I am free, I will send you his number.”

When our correspondent called back, Michael begged for more time to send the lifeguard’s number but had yet to do so as of the time of filing this report.

The Police Public Relations Officer in the state, CSP Adekunle Ajisebutu, said two officials of the hotel had been apprehended and the case transferred to the State Criminal Investigation and Intelligence Department, Panti.

He said, “The body has been deposited at the Igando General Hospital’s morgue for autopsy. Two suspects have been arrested in connection with the incident. The case has been transferred to the State Criminal Investigation and Intelligence Department, Panti for diligent investigation on the directive of the Commissioner of Police, Abiodun Alabi.”