Oh No! Little Boy Dies After Alleged Assault By Nanny A Day After She Was Employed


It was gathered that the suspect, Maureen Nyaboke,22, assaulted the child a day after she was employed by his mother, Wangui Wambeca. 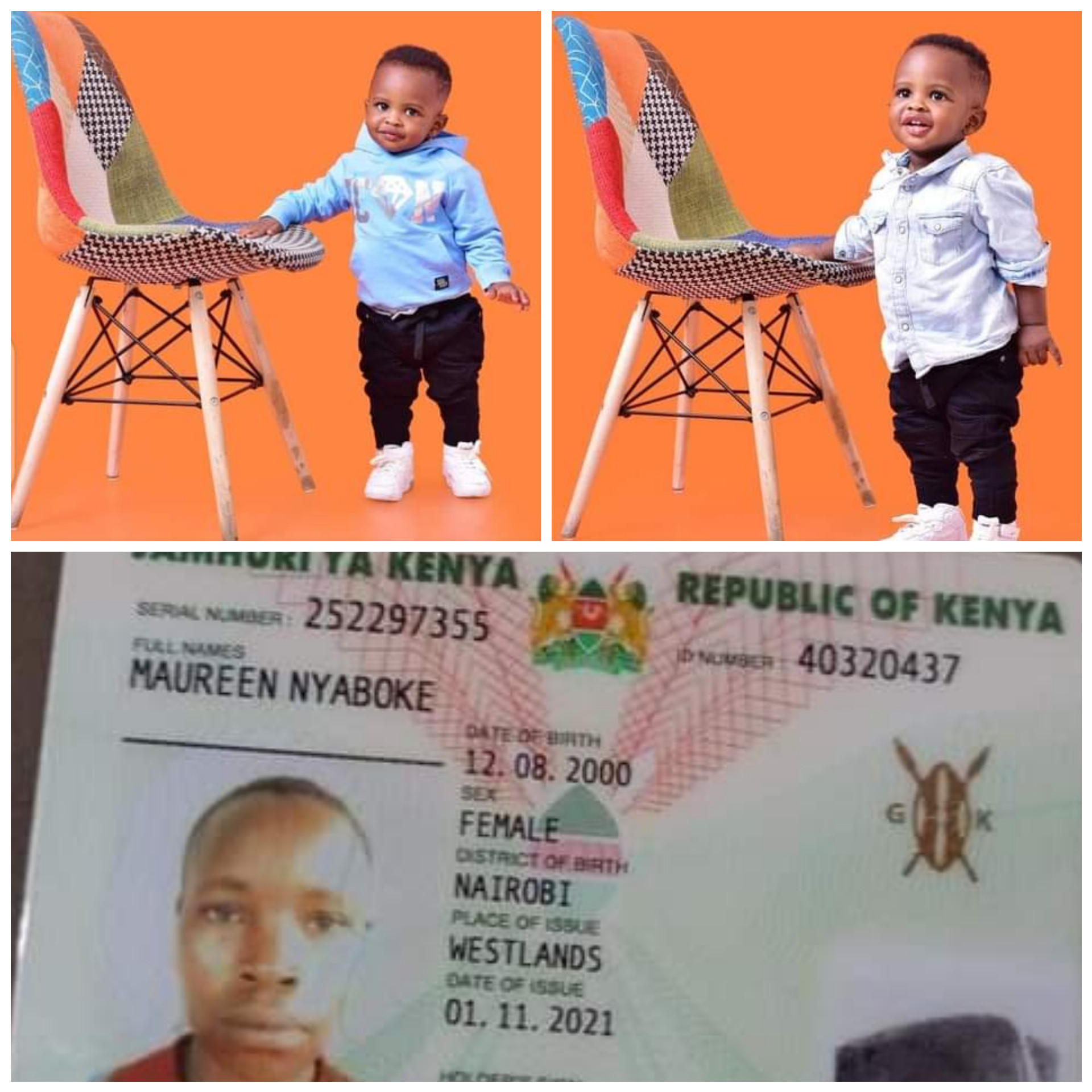 In what will come across as a really tragic development, a little boy who has been identified as Andy has died.

The boy died after he was allegedly assaulted by his nanny in Kenya.

It was gathered that the suspect, Maureen Nyaboke,22, assaulted the child a day after she was employed by his mother, Wangui Wambeca.

According to reports, the boy died on Saturday, February 26, from internal bleeding and other complications. 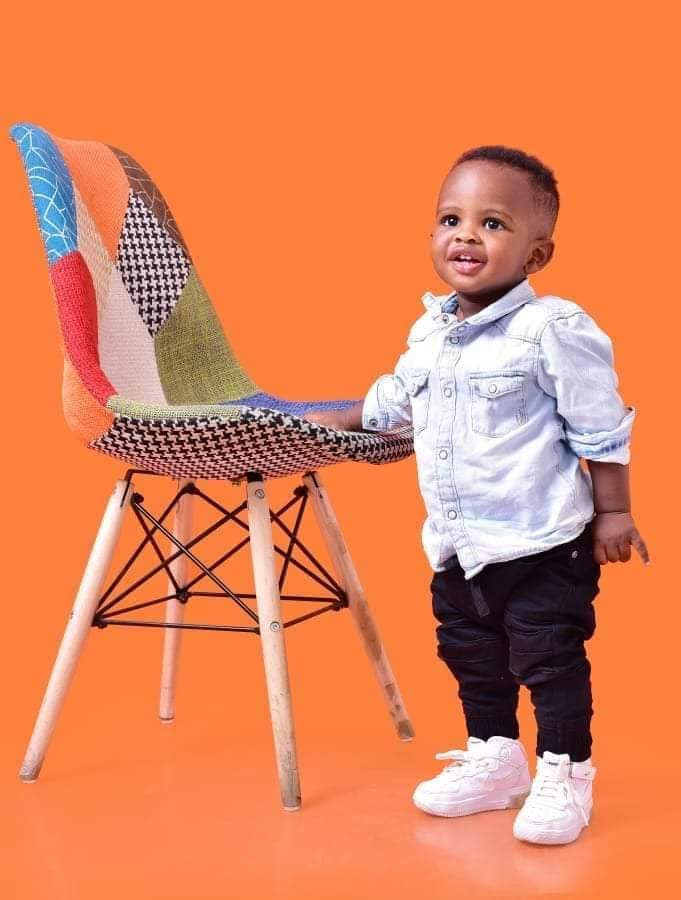 Nyaboke was said to have been employed last Tuesday, however, Wambeca relieved her of her responsibilities on Wednesday because she allegedly beat up her son.

Police have launched manhunt for the suspect who is said to be on the run.

Kenyans have taken to social media to send condolence messages to the devastated mother of the child.

"The person that was supposed to watch him broke him and took his life away. God how does one even tell the mother it is going to be okay. How does one start from here...I still can't the right words. I am just broken," says journalist Nyoxx Wa Katta.

"To the mom, I whisper a deep prayer and ask God to remember you and your family. Rest well Toto." she added. 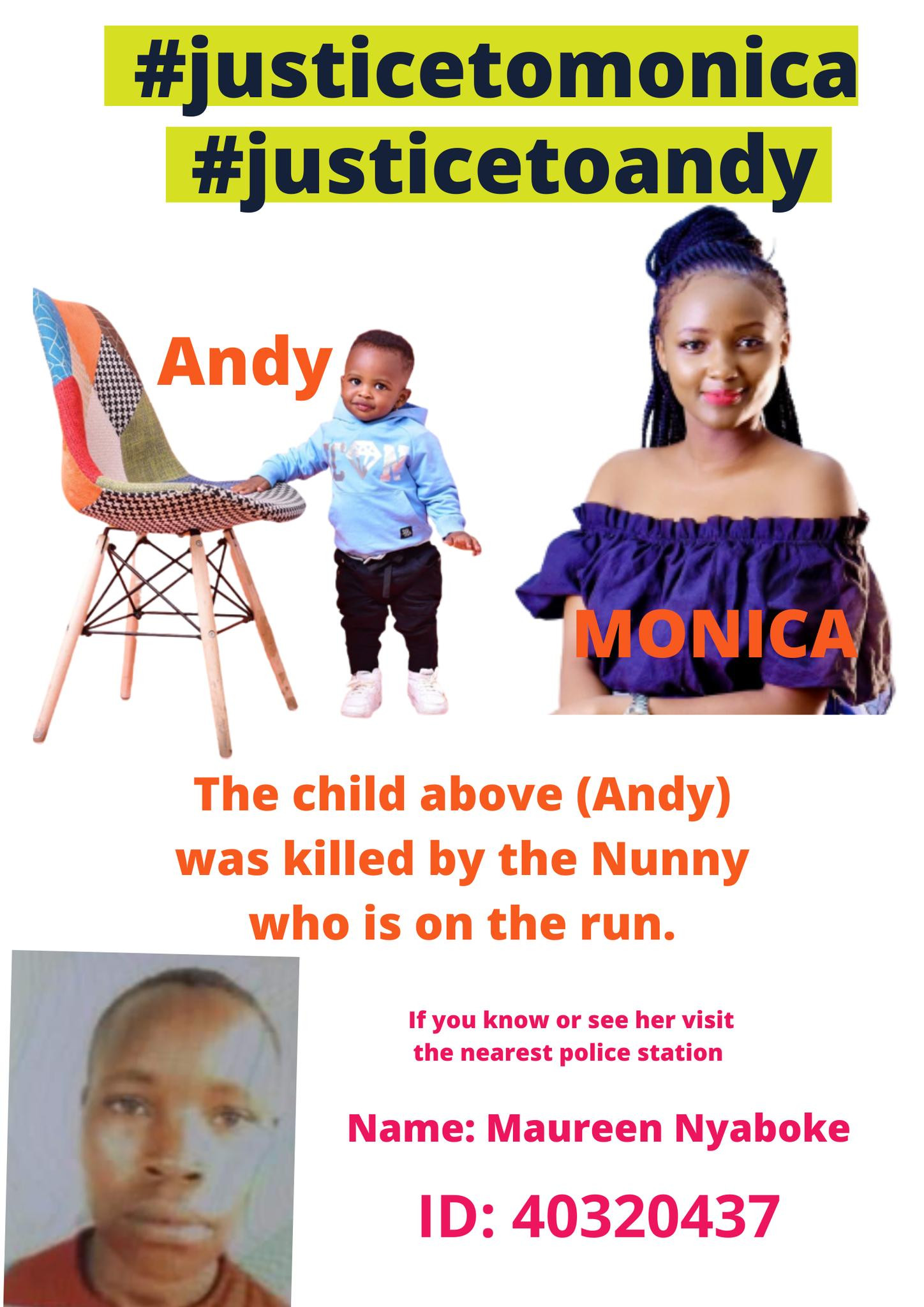 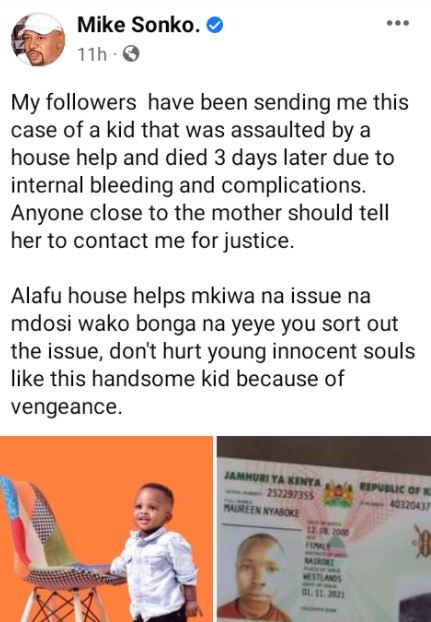