Vitalii Sapylo and Dmytro Martynenko have become the first sportsmen reported to have died in the war. 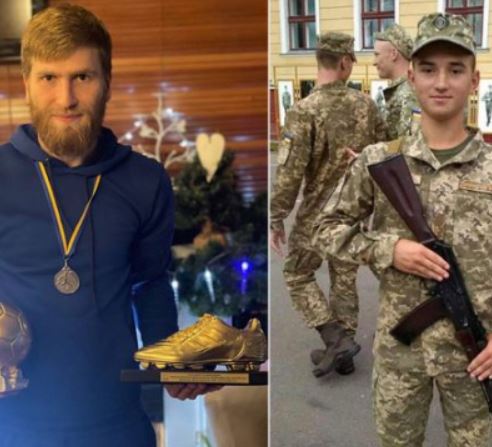 Following the invasion of Russian troops in Ukraine, two footballers of the East European country have been killed during the war.

Vitalii Sapylo, 21, and Dmytro Martynenko, 25, have become the first sportsmen reported to have died in the war.

The news was announced by FIFPRO on Tuesday afternoon, March 1.

A FIFPRO statement said: "Our thoughts are with the families, friends and team-mates of young Ukrainian footballers Vitalii Sapylo and Dmytro Martynenko, football’s first reported losses in this war.

"May they both rest in peace."

Vitalii Sapylo, a 21-year-old youth-team player with second division Karpaty Lviv, lost his life during a battle near Kiev after joining the army as a tank commander.

Dmytro Martynenko, 25, an amateur player with regional club FC Gostomel, died alongside his mother when their apartment block close to the Ukranian capital was bombed by Russian forces.

Karpaty Lviv described Sapylo as a "hero" after announcing that he had been killed in action on the battlefield.