Spokesperson of the command, ASP Sunday Abutu, in a statement said that the suspects claimed to be students of the Federal University, Oye Ekiti. 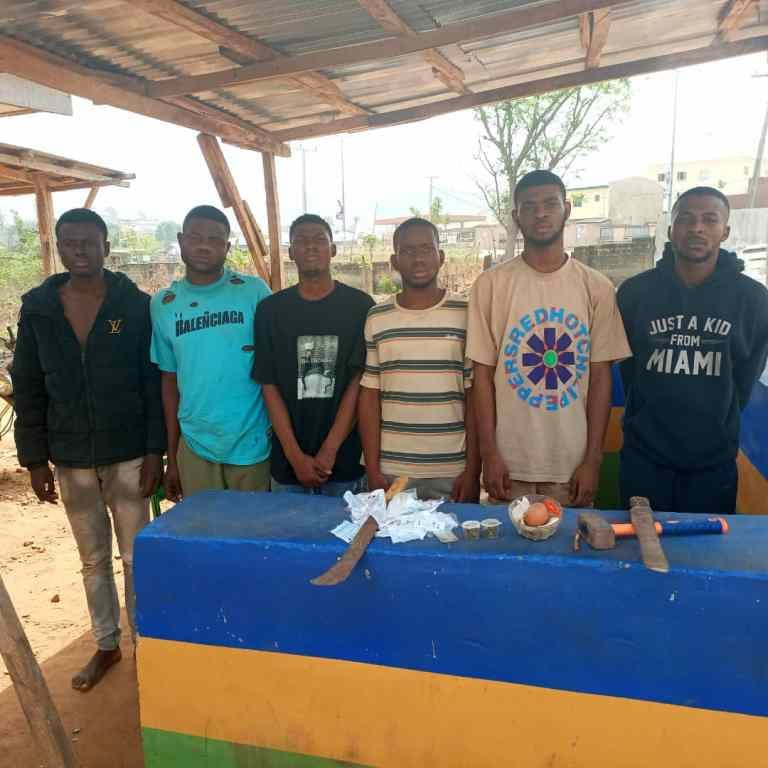 Six students of the Ekiti State University suspected to be cultists have been arrested by the police in the state.
Spokesperson of the command, ASP Sunday Abutu, in a statement said that the suspects claimed to be students of the Federal University, Oye Ekiti.
"Yesterday being 01/03/2022 at about 08:30hrs, the Command received a credible information that some members of Denorsemen Secret Cult Group were holding a meeting in their hideout in Oye-Ekiti," the PPRO stated.
"Upon the receipt of the information, the operatives of the Rapid Response Squad(RRS) mobilized to the scene where six(6) suspected cultists- namely- Omole Paul(21yrs), Okoro Wisdom(22yrs), David Makinlola(20yrs), Egbabo Kester(22yrs), Raymond Ejekwu(21yrs) and Daniel Chiwumba(28yrs) were arrested
"During interrogation, the suspects arrested confessed to be Indian hemp smokers and claimed to be students of Federal University Oye-Ekiti (FUOYE).
According to him, items recovered from the suspects at the scene are: i. Two cutlasses, one hammer, two cups of loud hemp, three wraps of weeds suspected to be Indian hemp and different criminal charms.
The State Commissioner of Police, CP Tunde Mobayo, while maintaining that the arrested suspects will be prosecuted accordingly, imploreed parents and guardians to always emphasize the dangers of cultism and other criminal activities to their children and wards.
Top Stories

2023: It Makes No Sense That The South-west Is Saying North Should Cede Power To The South And They Must Be The Beneficiary - Former Education Minister, Nwajiuba
Recent Stories