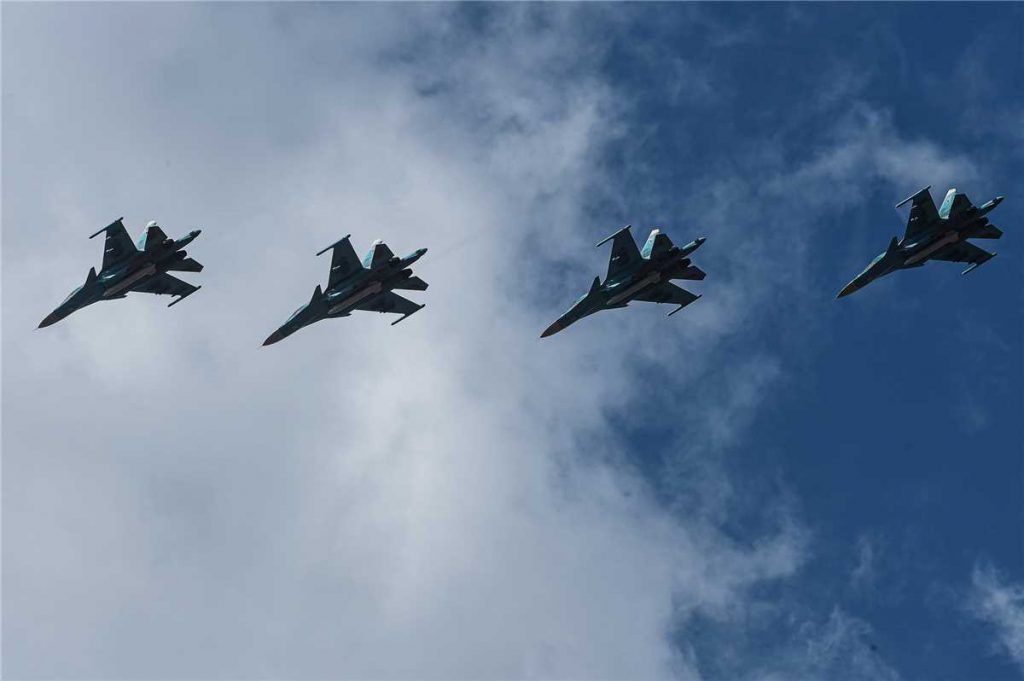 At least three Russian helicopters, Su-25 fighter jet have been shot down by Ukraine.
The destruction happened in Ukraine’s second city, Kharkiv.
Oleg Synegubov, the regional governor of Kharkiv, said that the Russian Su-25 fighter was destroyed by Kharkiv’s Air Defence Forces earlier today.
Footage obtained by Daily Mail showed the plane erupt into a huge fireball as it is struck by two surface-to-air missiles (SAM) over Kharkiv’s city centre, before it exploded again upon impact with the ground.
Synegubov mentioned that the plane was part of a squadron of between five and seven aircraft which have been conducting regular bombing runs over Ukraine’s second city.
The Armed Forces Air Command also reported early Monday morning that two Su-34 fighter-bombers, two Su-30 SM planes, and three helicopters were also shot down yesterday.
Kharkiv, Ukraine’s second largest city is one of the cities worst-hit by Russian bombing campaigns in recent days.
Ukrainian soldiers can be heard cheering at the sight of their occupiers’ burning aircraft streaking falling out of the sky, as the nation’s armed forces continue to put up a bitter fight against the Russian onslaught.
Russia has recorded considerable losses since the attack on Ukraine began, with the Ukrainian Armed Forces reporting that a total of 44 Russian planes and 44 helicopters have been brought down in the past eleven days.
Top Stories