We had reported that the senior police officer reportedly slumped and died in his office in Abuja in the late hours of Tuesday. 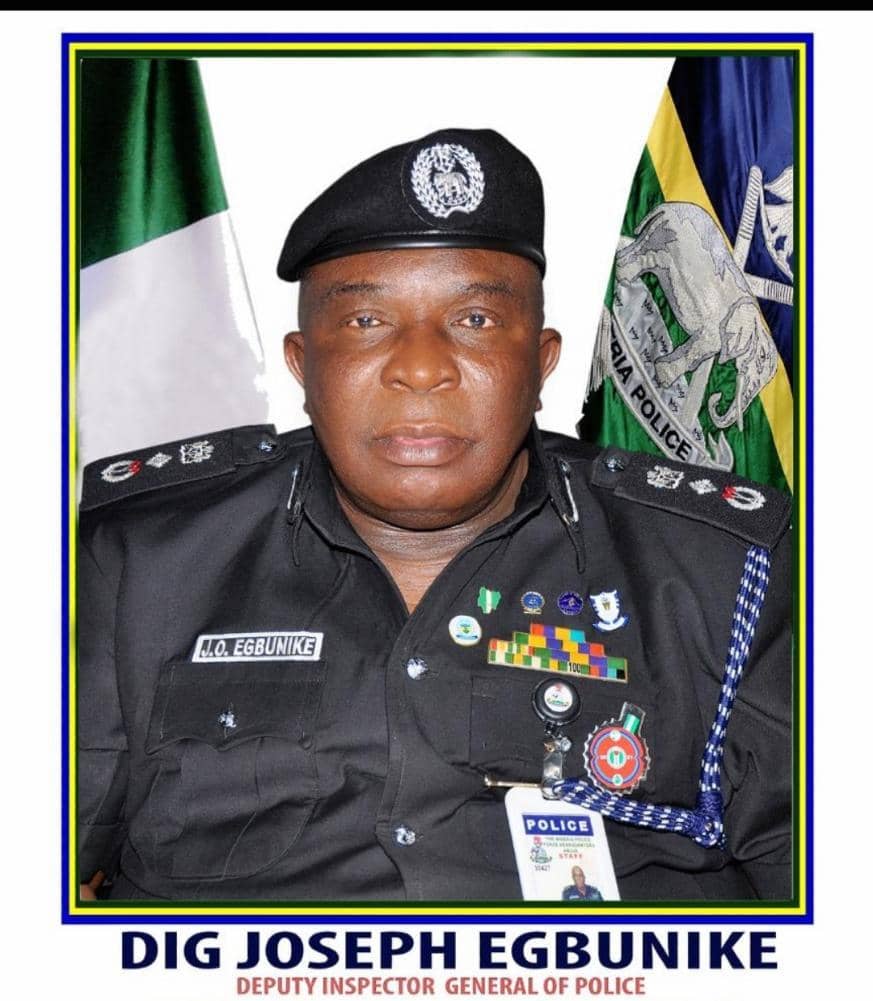 More details have emerged following the sudden and tragic death of Deputy Inspector General of Police (DIG) in charge of Force Criminal Investigations Department, Joseph Egbunike.
He is alleged to have died of obesity complications.
We had reported earlier that the senior police officer reportedly slumped and died in his office in Abuja in the late hours of Tuesday.
A report on Foundation for Investigative Journalism (FIJ) claimed that a chain of events led to the death of the Deputy Inspector General of Police on Tuesday.
A source at the Force Headquarters, Abuja told FIJ that Egbunike was having lunch in his office when a fishbone hooked his throat and couldn’t speak well.
He added that the late cop had to be rushed to the hospital, where doctors successfully removed the bone via surgery.
The source disclosed that Egbunike felt better after the procedure and returned home some hours later.
He said that the late DIG started feeling great discomfort again and had to be returned to the hospital, where he died of obesity complications.
The source said: “He was eating in his office when he got hooked in the throat by a fishbone, and all efforts to retrieve it proved abortive.
“He had to be rushed to the hospital, where doctors successfully removed it via surgery.”
Another source at the police headquarters said Egbunike was at the hospital to remove the fishbone but his health was so fragile because he was obese.
The police source stated that the DIG was always at risk of worsened health conditions after any surgical process.
He said: “His health was so fragile because he was obese and he tried his best to manage it, for example with the standard bed inside his office that enabled him to rest at short intervals whenever he felt weak.”
Until his death, Egbunike holds a Bachelor of Science (Hons) Accounting degree from the University of Nigeria, Nsukka; a Bachelor of Laws (LLB Hons.), B.L.; a Masters in International Law and Diplomacy (MILD); and a PhD in Criminology.
Top Stories