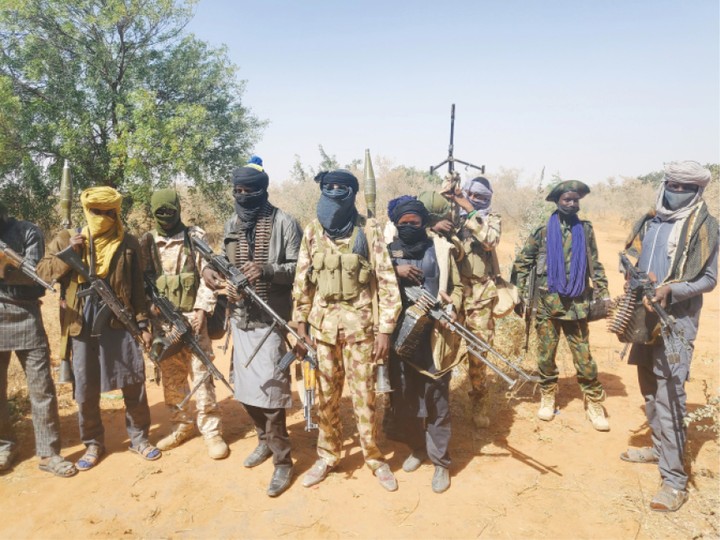 At least 20 security operatives, including 15 soldiers have been killed in Kebbi State.
According to SaharaReporters the soldiers from Light Tank Battalion of the Nigerian Army in Zuru were deployed to Kanya, a village in Danko-Wasagu district following the killing of 68 vigilantes otherwise known as Yan Sakai by gunmen fleeing from Niger State.
The Yan-Sa-Kai hail from various towns and villages of the emirate.
Local residents often form informal vigilante units to protect themselves from bandit raids.
However, hundreds of gunmen invaded the community on Tuesday evening, engaging the soldiers and police officers in a three-hour gunfight, killing 20 of them.
The gunmen also burnt about two military operational vehicles.
“About 15 of our colleagues and 5 policemen were killed yesterday in Kanya, Kebbi State. They were all from 223 battalion in Zuru. May their souls rest In peace,” a military officer told SaharaReporters.
President Muhammadu Buhari had on Tuesday condemned the killing of the vigilantes.
Expressing sadness over what he described as “the brutal murder of tens of vigilante members”, Buhari in a statement by his spokesperson, Garba Shehu also extends his condolences to the family members of the deceased.
“This egregious level of criminality is shocking and I want to assure Nigerians that I will do all it takes to tackle this monster decisively,” the President was quoted as saying.
“My greatest preoccupation is the threat to life posed by these murderous gangs and remorseless outlaws who have no slightest regard for the sanctity of life.
“While extending my sympathy to the families of the victims of this savagery, let me use this opportunity to also call on our security forces to be more proactive and redouble their efforts in order to frustrate the operational plans of the terrorists before they even launch attacks.”
Top Stories