A sibling of the late Bamise Ayanwole speaks about the completely horrific incident that took her life and how it affects everyone. 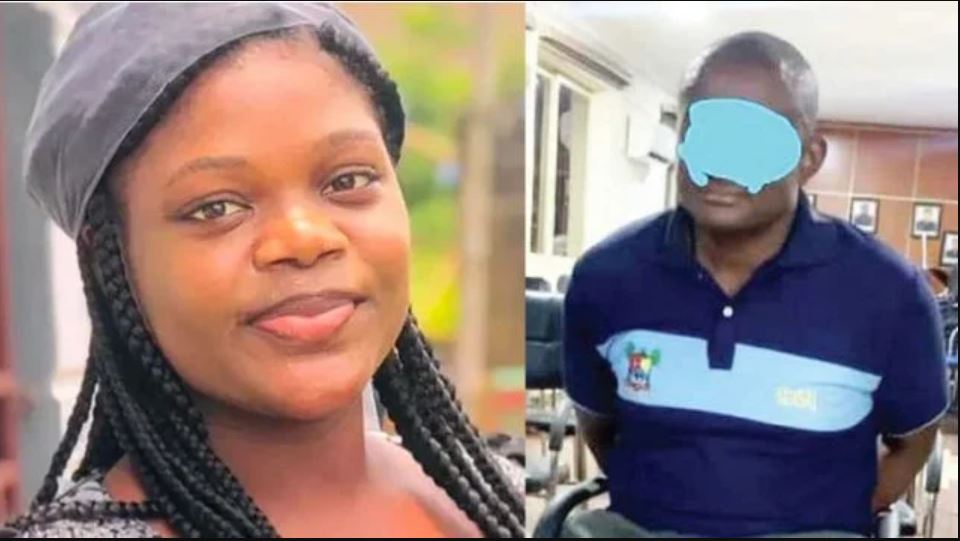 In these interview with GODFREY GEROGE, sibling of the 22-year-old lady, Bamise Ayanwole, who went missing after boarding a Bus Rapid Transit vehicle in Lagos and her dead body found later, speaks about the tragic incident

My name is Oluwapelumi. I am an elder brother to the deceased, Oluwabamise.

What are the events that led to the sudden disappearance of your younger sister?

She was coming to my house on that day (February 26). According to what I learnt, she said she wanted to make it a surprise. My wife was pregnant, so she wanted to help her out with the homemaking before she put to bed.

So, she boarded a Bus Rapid Transit from Ajah going to Oshodi. As she got into the BRT, she noticed that the light was not on and the guy (driver) refused to pick other passengers after telling her, ‘Fine girl, it is only you I will pick’. True to it, he didn’t pick anyone else. She was suspicious and so she started sending out distress voice notes to her friend. She did a short video as well.

After a while, three persons entered the bus, including one female. She sent a voice note on that, too. After some minutes, the friend noticed that the voice notes had not been delivered. The one that was delivered was not being read. So, she decided to call Bamise and it rang out. It was on the second try that a struggling male voice picked up the phone and hung up almost immediately. Maybe she was the one who picked it and when they noticed, they hung up, I cannot tell. After that, the phone was switched off.

How did you get to know she had gone missing?

Bamise’s friend, Felicia Omolara, then called a brother of mine, Daniel, who happened to be the only phone number she had. It was the following morning at about 3am that Daniel called me to ask if Bamise was with me. I told him that I was on my way to Kiaro.  I decided to call home to ask for her whereabouts. They said she wasn’t there.  We went to her workplace at Chevron to ask as well. We encountered a lot of challenges on our way. The fuel in our vehicle even finished and we were almost attacked by hoodlums. It was so risky. We knew it was not safe, so we decided to go the following morning.

What was the reaction of the police to the case?

We got to the station at Akinpelu the following day and we saw that our complaint was not given good attention so we went to BRT Terminal 3, where we met a man who was saying all sorts of rubbish. He said Bamise went out to enjoy herself, and that he had spoken with the driver, Andrew, and that he (Andrew) would come meet us.

We waited for nearly four hours. It was around 3pm that we noticed that this man had left then someone then told us to go to their office beside LASTMA office where I met two CSOs. They refused to give us attention. That driver came in the same day after we lodged our complaints, but they didn’t get him. Now that they have seen that we have found Bamise’s dead body, they are now saying they have caught the driver. You see the country? We are devastated.

What are your demands?

If you ask everyone, they would tell you they want the head of the driver and everyone involved on a platter. We need justice for Bamise. She didn’t deserve this kind of gruesome death. This is a revelation. It means it has been happening and nothing has been done. Somewhere that we assume is secured. It is a Lagos vehicle. We call (Goveror Babajide) Sanwo-Olu and everyone in charge to please help. They cannot claim not to be aware of what has been going on. We learnt it was the police that took her remains to the morgue. How come we are just hearing that? How come we are just seeing it?

They didn’t take any family member to where they found the body?

They didn’t. After showing us a lot of pictures and everything, they did not.

They said they want to do an autopsy to get to the bottom of the matter.

What kind of lady was Bamise?

Take a look at the environment and picture the mood of the people. That will tell you the kind of person that she was. She was jovial, accommodating and sociable. She would not protest when you tell her to do something for you. You would just see that she had done it. It is just an unfortunate incident. Our parents are aged. I am afraid for their lives. This is not good for their blood pressure. Our mother has been wailing since she heard of it. I am afraid.

She called me and told me that I should send her some money, and I told her I couldn’t send her any money at the time. She told me not to worry that she would find her way.

How confident are you in the way the government is handling this case?

I am not confident in whatever the government is going to do. I saw this governor as a man of honesty, especially during the #EndSARS protests. After the panel, I lost my trust in his government. I wonder how I can express confidence in such a government, when the people that killed my sister are out there in the streets. I am not expecting them to do anything. See what the driver is saying. Even a mad man would not believe that. But I know there is a God in heaven who knows that Bamise was not promiscuous. She had no boyfriend at all. She was keeping herself. My wife has been numb. She made the clothes for her baby shower.