Chioma and Omoni have acted several movies together mostly produced by Omoni Oboli. 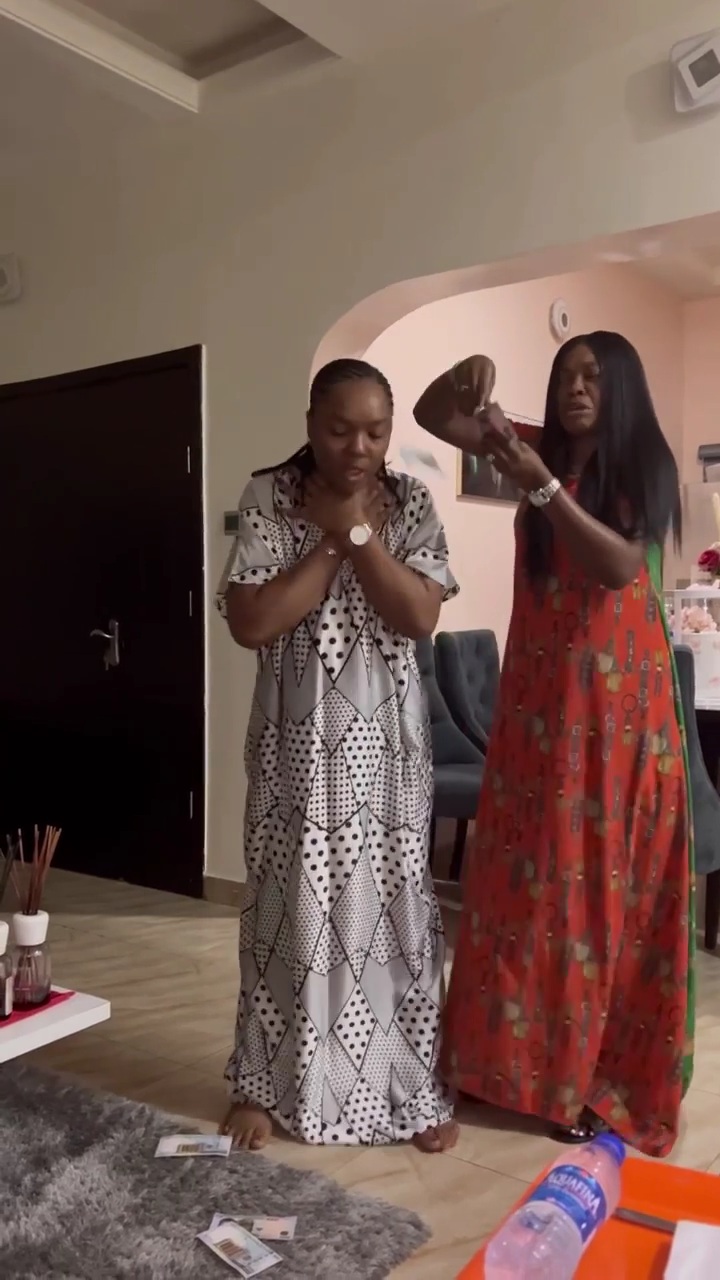 Actress Chioma Akpotha has been showered with love and money on her birthday.
The actress celebrated her birthday yesterday and invited a few of her friends including her bestie, Omoni Oboli.
During the celebration, Oboli decided to spoil Akpotha silly by spraying her money.
Chioma kept saying, "Choke me with your money" when Omoni asked who else would she spend her money on if not her.
The duo hugged and celebrated as the Omo Ghetto actress added another year.
Chioma and Omoni have acted several movies together mostly produced by Omoni Oboli and they are often joined by another duo of Uche Jombo and Ufuoma McDermott.
Watch video below: