WikkiTimes had in an investigation revealed how the local government chairman aided and abetted deforestation in the protected Lame-Burra Forest Reserve. 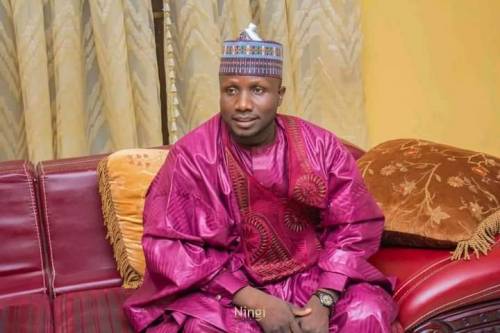 Mahmuda Hassan Tabla, the Chairman of Ningi Local Government Area in Bauchi State, has been suspended from office, according to SaharaReporters.

His deputy, Ibrahim Zubairu will take charge of the affairs of the council.

In a letter signed by Haruna Abdulhamid, the local government secretary cited atrocities bordering on deforestation, incompetence and lack of consultations in conducting the affairs of the council as reasons for the suspension.

WikkiTimes had in an investigation revealed how the local government chairman aided and abetted deforestation in the protected Lame-Burra Forest Reserve.

The investigation uncovered how the Ningi local government chairman, through a well-connected syndicate, sold out greater portions of the Lame-Burra Forest Reserve to tree fellers and strangers, thereby making a lot of illegal money in the process under the pretence of having permission to that effect from the governor.

The serialised investigations documented how Tabla in alleged connivance with local officials also backed the Coalition of Burra Herders/Farmers Forum for massive felling of trees in the forests.

WikkiTimes also uncovered how the Coalition of Burra Herders/Farmers Forum led by Uba Ahmad, an Imam of JIBWIS Mosque in Burra which was initially formed to help farmers get more land allocations from the LGA for farming purposes turned into a surrogate body for the illegal land allocations.

After the investigation, the state government revoked all the illegal land allocations in the Lame Burra Game Reserve.

In another separate investigation, WikkiTimes found that despite the warning issued to the chairman over allegations of illegal land allocation, felling of trees for commercial gratifications at the reserve, the chairman continued with his illegal business.

Not only that, he allegedly connived with the Nigeria Police Force Division in Ningi local government area to invite Sadam Mato Burra, a stringer with WikkiTimes, for sharing comments on Facebook on Governor Bala Abdulkadir Mohammed vowing to punish Mr Tabla over alleged complicity in dubious land selling unearthed by this medium.

The Chairman also allegedly hired “social media warriors” to launch an attack on WikkiTimes, “aimed at discrediting its reporting,” it was learnt.

With the suspension placed on the Chairman, the LG Secretary says another investigation into his actions will commence.

“Based on the above, the council hereby suspends you until other investigations are carried out by other relative bodies,” the suspension letter read in part.