According to a Twitter user, her friend created a WhatsApp group page to announce the dissolution of her friendship with all her former companions.

A lady who just concluded her traditional wedding left her single friends in shock after she took a drastic step.

According to a Twitter user simply identified as @RubyLauren, her friend created a WhatsApp group page to announce the dissolution of her friendship with all her former companions.

The announcement came as a shock to everyone on the group page was justified by the condition that she needs only married friends who can relate to her new life as a married woman.

“Lol this babe just opened a groupchat to tell us now that she’s done traditional wedding, she has to stop being friends with some of us as she now needs to associate with “fellow married friends who can relate to her reality” than us. I quietly left the group amidst the chaos,” the user wrote. 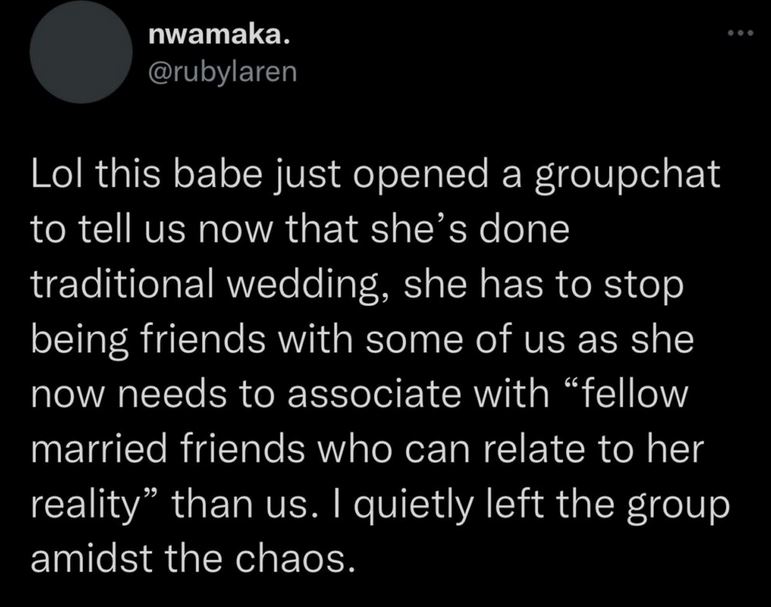