It was gathered that an altercation broke out between Musa and Aliyu after the latter plied a restricted route. 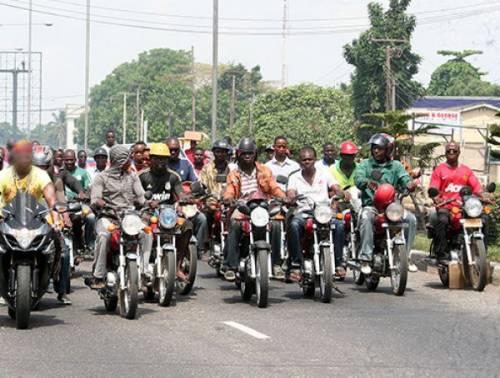 It was pure panic that took over the Dawaki Police station on Thursday in the Kubwa area of the Federal Capital Territory after motorcyclists chased a task force official to the station.

The official identified as Sagad Musa was accused of killing one Habibu Aliyu, a motorcyclist in the area.

It was gathered that an altercation broke out between Musa and Aliyu after the latter plied a restricted route.

Musa was said to have injured Aliyu in the process and was rushed to the hospital.

But acting on speculation that their colleague had died, the motorcyclists in an attempt to lynch the taskforce official to avenge his death gave him a hot chase.

A police officer who pleaded not to be named said the official ran to the station to prevent being nabbed by the mob.

The police officer said, “Okada riders chased one of the task force members collecting money and ensuring they do not go beyond a stipulated area to the station. They came in their large numbers, they should be over 50.

“They accused him of killing their colleague and wanted to lynch him. They demanded we hand him over to them. We told them ‘how can we release him?’ We pleaded with them to allow us to do our investigation and promised that he would be brought to book if found guilty, but they refused.

“They started throwing stones, we warned them to desist but they didn’t. When we saw this could lead to an attack on the station we tried to disperse them but we couldn’t; we had to call for reinforcement from neighbouring divisions before the situation was brought under control.”

When contacted, the FCT spokesperson, DSP Josephine Adeh, confirmed the report, adding that Musa had been arrested.

She also said from their investigation the rider was not dead.

Adeh said, “Musa has been arrested but from our investigation, the victim is not dead.”