Late Olomi was killed during an exchange of gunfire with the vigilantes and abductors. 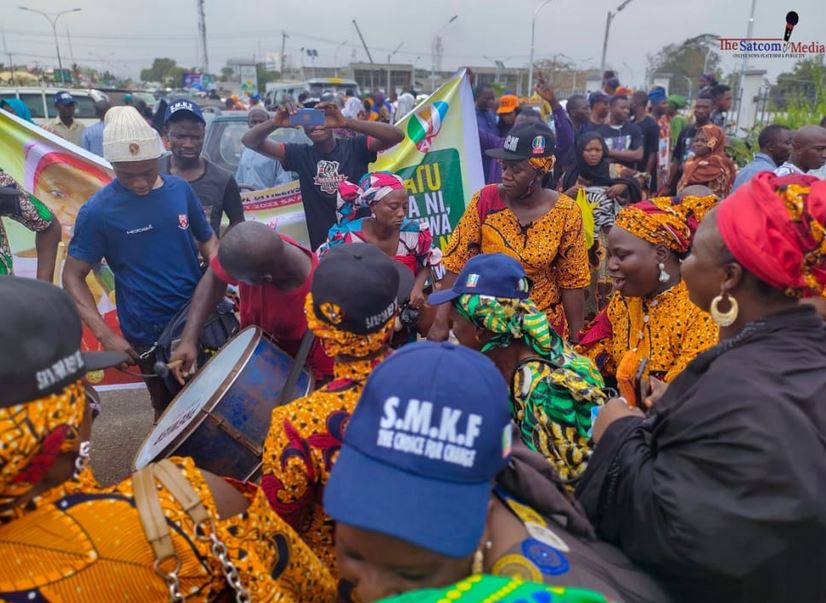 Mrs Olomi Sunday, the woman leader of the Koro ward of the All Progressives Congress (APC) in Ekiti Local Government Area of Kwara State, has died during a rescue effort by the local vigilante after she was abducted.

Late Olomi was among the three ward women leaders and others that were kidnapped from an 18-seater passenger bus while returning from the inauguration of the state executive of the APC held at the Kwara State Banquet Hall last week.

The Transition Implementation Committee (TIC) Chairman of Ekiti Local Government, Hon Kayode Bayode and the lawmaker representing the council at the State House of Assembly, Hon Ganiyu Gabriel Afolarin confirmed the incident in separate chats with Daily Trust on Sunday.

According to the TIC chairman, who gave the name of the other two ward women leaders as Mrs Reachel Alasi (Obbo Ayegunle ward) and Mrs Yemisi Oloke Oni (Eruku ward), the deceased was killed during an exchange of gunfire with the abductors.

"The (N20m) ransom had been prepared but our vigilantes insisted that they want to go and rescue the victims. Unfortunately, we lost Mrs Olomi Sunday during the gun battle. The men also sustained injuries and one of them is in a serious condition from the gunshots suffered in the process. I’m at the hospital now in the council where they were taken for treatment”, he said.

Also speaking, Hon Ganiyu Gabriel Afolarin said:  “Yes, we lost the woman leader of Eruku ward (Mrs Olomi Sunday) during an exchange of gunfire between the abductors and our local vigilantes. I am part of the delegation to pay the deceased family condolence visit. However, the other five victims were rescued and no ransom was paid at the end of the day,”