The suspect is alleged to have committed the offence during Covid-19 lockdown at their residence in Kasarani, Nairobi. 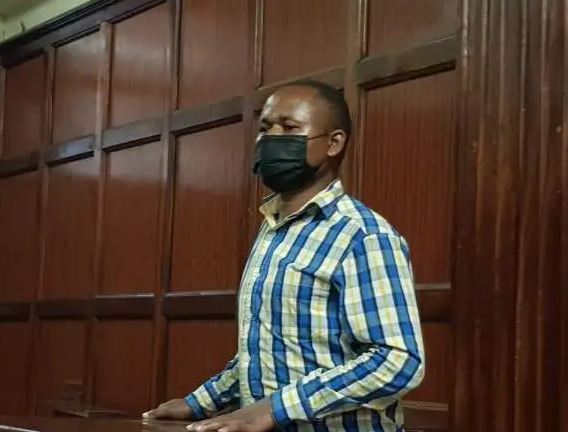 A 36-year-old man has been arraigned for allegedly having carnal knowledge of his 13-year old stepdaughter and impregnating her.

Gregory Mwatu Munyao alias Boniface, is alleged to have committed the offence during Covid-19 lockdown at their residence in Kasarani, Nairobi.

“You are charged that on diverse dates between March 2020 and June 18, 2020, at Kasarani within Nairobi County, intentionally and unlawfully caused your genital organ to penetrate the genital organs of INI, a child aged 13 years,” a charge sheet read in part to him in court.

Gregory who appeared before Milimani Law Courts’ Principal Magistrate Gilbert Shikwe however denied having carnal knowledge of his stepdaughter.

While being led in his sworn defence by his counsel, Gregory disassociated himself from the offence and instead insisted on how he tried to instill discipline in her.

“I told my wife to caution our daughter who was class 7 at Kasarani Primary School against coming home late from school,” he lamented.

He further told the court that he paid school fees for his step-daughter even when she was living with her grandmother before joining them at Kasarani.

When she testified in court, the complainant who has since given birth to twins told the court that her father used to sneak in her bedroom, undress her and do the ill act and later threaten to kill her if she ever disclosed it to her mother.

The magistrate heard that the pregnancy was discovered by her mother.

The court heard that the mother rushed to a nearby pharmacy and bought a pregnancy test kit to confirm her fears.

After the pregnancy confirmation, her 13-year-old daughter confessed everything. The other later escorted her to a nearby hospital and later to Kasarani police station to report the incident.

The matter is coming up for final submissions on March 25, 2022.